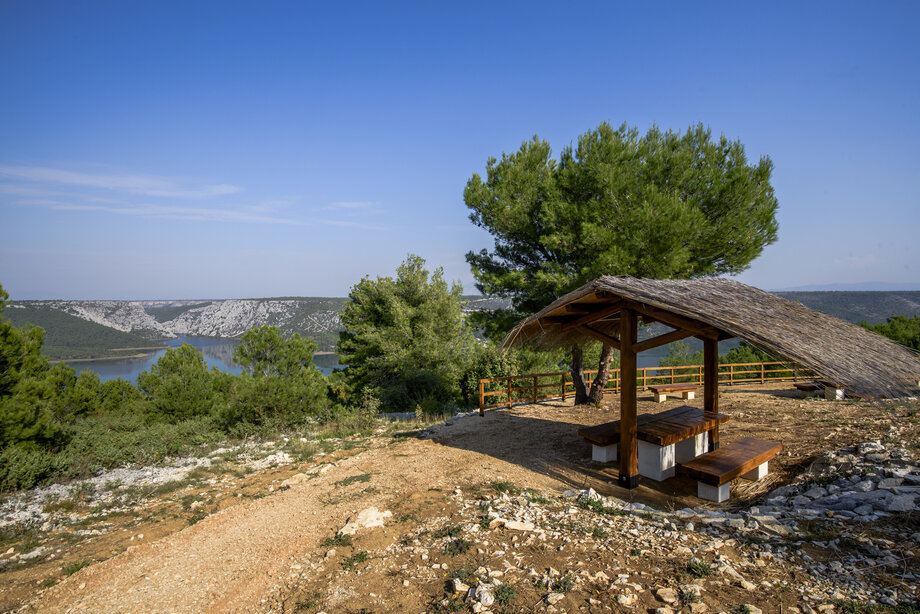 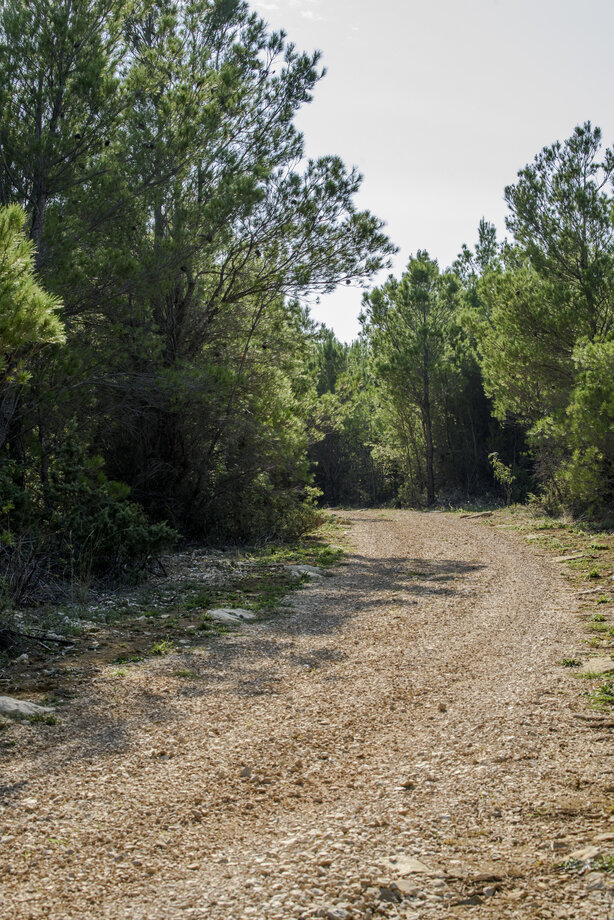 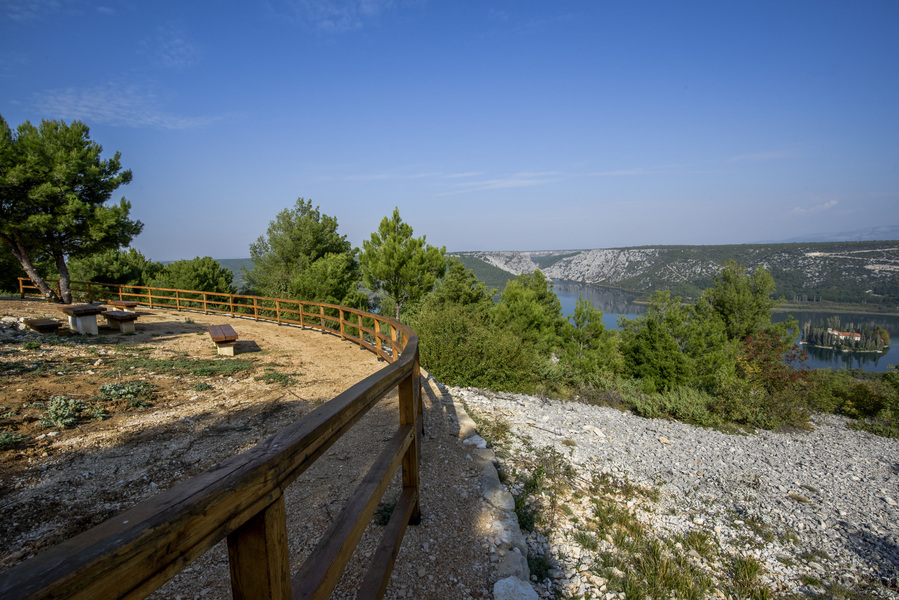 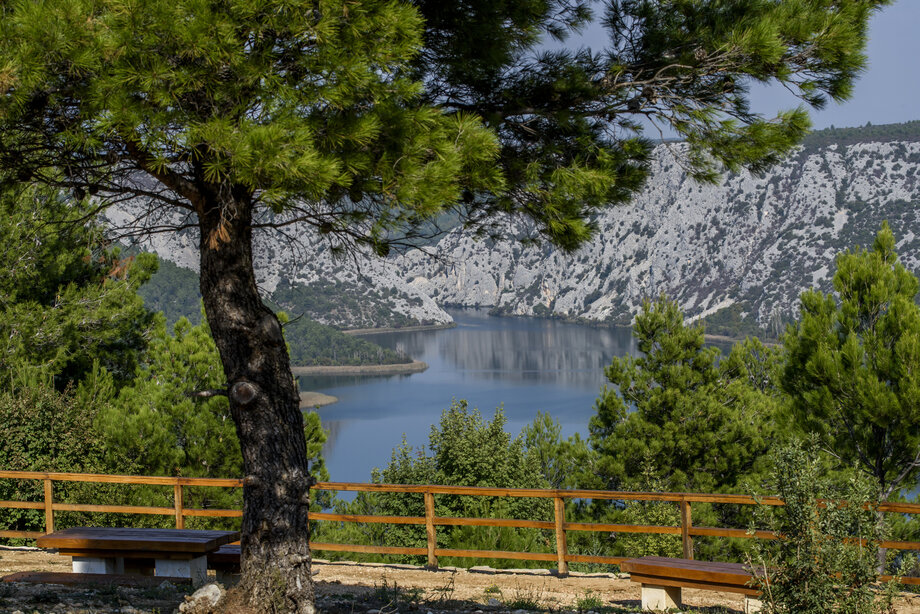 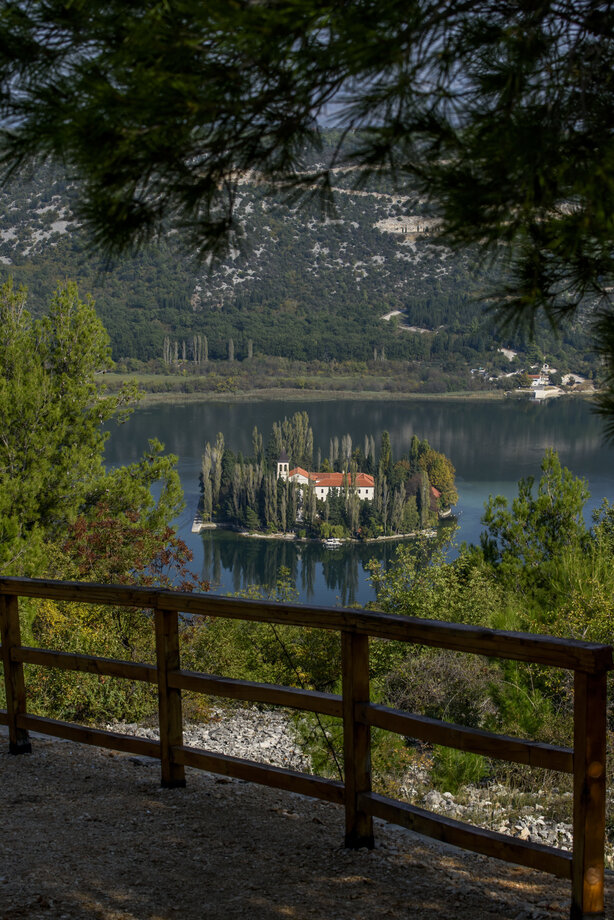 Through small places to great works of nature
To get to the edges of the canyon of the Krka River to where views open upon its natural beauty, you must pass through picturesque small places located along its banks. An educational hiking paths with a lookout point runs from Graovo Gornje to the edge of the canyon at Vukovića podi, in the broader area of Dubravice. The lookout is part of a mountain bicycle path, 25.8 km long, recently opened as part of a new 470 km bicycle path through the Krka National Park, which passes through Dubravice, then through evergreen forests in the area of St. Kate Hill, followed by the lookout point, returning along the same route to Skradin.
The right bank of the Krka River is richer in water and greener, making it ideal for comfortable hiking or a bicycling adventure. In the end, whatever alternative you choose, it’s always worth it. In addition to doing good for your spirit and the “home” in which you live, you will be greeted by scenes that your eyes can enjoy eternally. The view from the lookout point at Vukovića podi towards the island of Visovac and the Među gredama canyon, from the perspective of the eagles who once flew over this area, uncovers a spectacular, magnificent landscape. The path leading to the lookout point is ideal for a morning or afternoon excursion. When you look to the right from the wooden fence or small gazebo, you will see the island of Visovac, a jewel of the Croatian natural and cultural heritage, situated in the middle of Visovac Lake, a small expansion of the river between the two waterfalls, the Roški slap waterfall and the Skradinski buk waterfall. And if you look to the left, you will see, cut into the vertical, rough rocks of the Krka River, the strait of Među gredama, a 500 m long passage from Visovac Lake to the Roški slap waterfall.
Visovac Lake was created by the growth and rise of the travertine barriers of the Skradinski buk waterfall, located around 11 km downstream of the Među Gredama canyon, with a depth to 27 m. Visovac Island is located in the broadest part of the lake. On the northern bank is the plateau of Polje, with cultivated agricultural areas, and on a gentle slope above leans the olive grove of Bili brig. The other banks around the lake bear low vegetation, except for the woods of downy oak at Stinice on the eastern bank of the lake and a grove of holly oak at Mačkovica on the western bank of the lake.