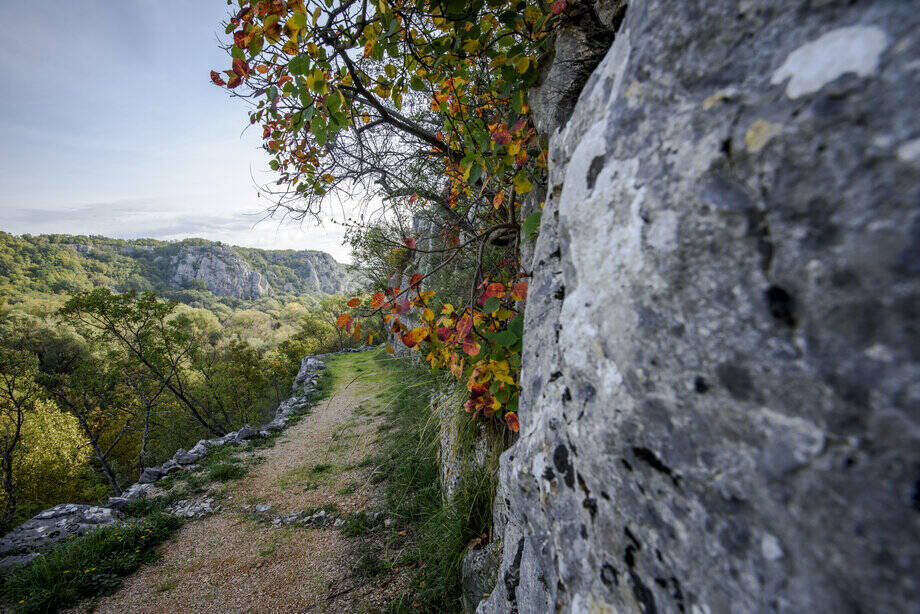 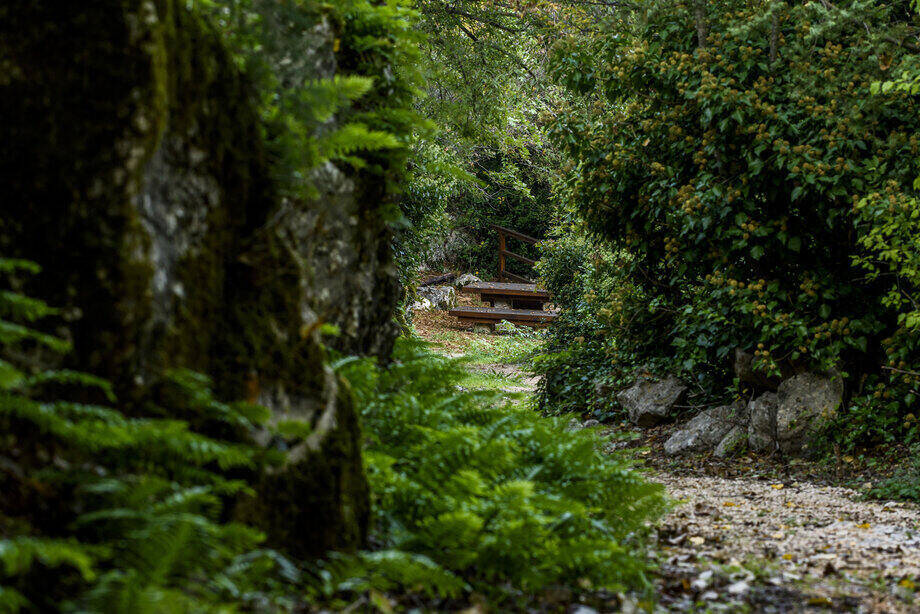 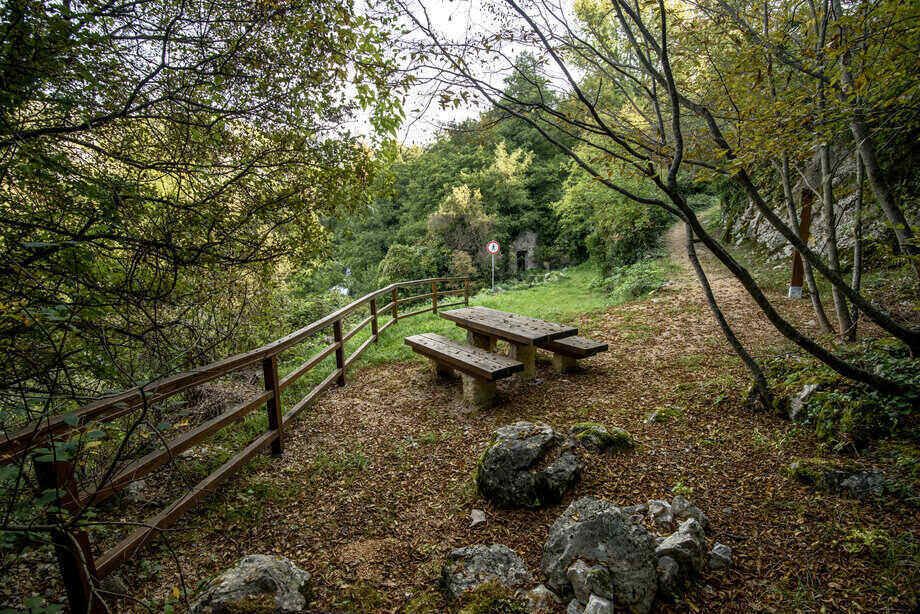 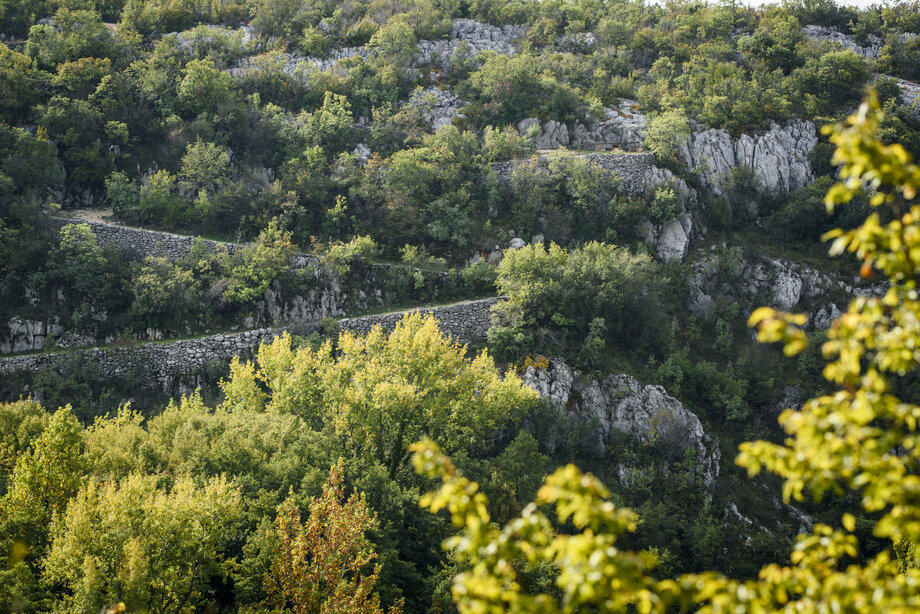 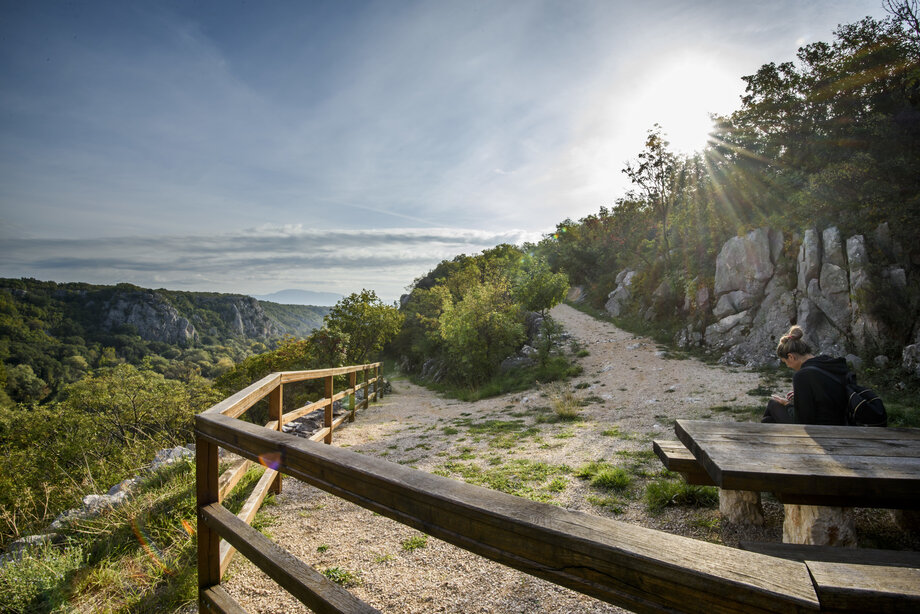 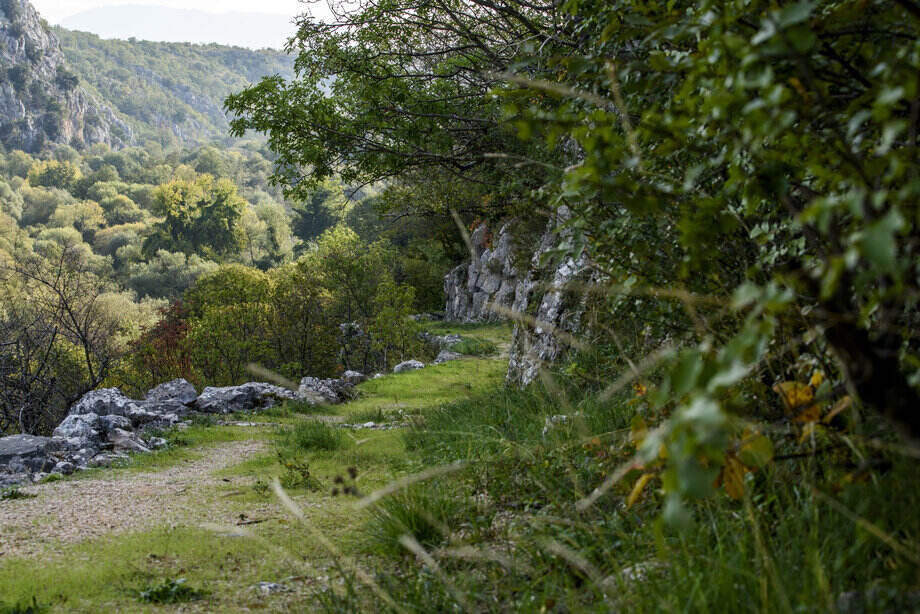 The fertile fields and cultivated land upstream from the Brljan waterfall
From its mouth, where the Krka River kissed the sea for the first time, to the fertile fields upstream from Brljan Lake, we have reached the last kilometer of the educational pedestrian paths of the Krka National Park. Here the route leads along the Promina (eastern) side of the river, through long dry-stone walls, to old watermills, washing stations and pools downstream from the Bilušića buk waterfall. Groves of hornbeam, oak, field maple, and ash make the river bank even more beautiful.
Man restrained the Bilušića buk waterfall four times with explosives (1834, 1895, 1953, and 1954) to protect Knin and its plain from flooding and malaria. This reduced the water level of the upstream course because of which Bobodolsko Lake, a few kilometers downstream from Knin, at the entrance to the canyon of the Krka River, was drained and turned into a plain. Its former bottom is now fertile fields and meadows. The Bilušića buk waterfall nonetheless has remained strong and forcefull enough to be heard considerably before it can be seen.
Above the Bilušića buk waterfall, the Krka flows calmly and quietly 1.5 kilometers from its source below Topoljski waterfall to the Čavlinov rapids. The Čavlinov rapids are the only real rapids on the Krka River, and can be reached by an abandoned path, 600 m from the hamlet of Marasovina. The Čavlinov rapids and Bilušića buk waterfalls reign alone in an almost 12 km long upper part of the Krka River canyon. The Knin – Zadar railway line has been incised into its right bank. Once these paths were used by children from the nearby villages in the Bukovica and Promina regions to go down to the river to swim. Today, the situation is less lively and more peaceful. Just as the Krka was briskly flowing through the canyon, here it calms down, bathing the surrounding rocks with freshness and greenery.
In plains upstream from of Brljan Lake, the local inhabitants grow potatoes, cabbage, grapes, and alfalfa. The river naturally fertilizes the land here with its deposits. In the small towns of the Promina and Bukovica regions you can certainly find a few charming places where you can rest after a walk and snack on some fine homemade foods. The continental and Mediterranean climates meet here. This contact between two worlds produces countless flowers and herbs with the most fragrant smells and aromas. Thyme, scurvy-grass, marjoram, or heather are distilled, according to careful recipes, with homemade eau-de-vie to which honey is added. Brandies and liqueurs distilled from plants in this area are beneficial for both health and beauty, but also for happiness. So, let us drink a toast to the educational pedestrian paths of the Krka National Park.