The sixth and next to last waterfall on the Krka River, 35.5 km distant from the source, owes its name to the hillfort of Rog.

It is 25.5 m high, and 650 m long. It is recognisable for the tufa cascades at the beginning of the barriers, called “the Necklaces” because of their beauty. Tufa forms found here include ridges, caves, sills, and cones, which represent a special feature. The tallest waterfall, at the end of the barriers, widens like a funnel, and noisily crashes into Visovac Lake.

Particularly attractive features for visitors are the renovated watermills, washing posts for processing wool, and fuller mills for washing cloth – monuments of vernacular architecture and the economic past of the region.

The banks of the Krka were joined together by a road at this spot since as early as the Roman period. Near the Roški slap waterfall is the Oziđana pećina cave, which preserves the earliest traces of human existence in this area. The small Roški slap flow-through hydroelectric power plant was built on the right bank of the Krka 1910. 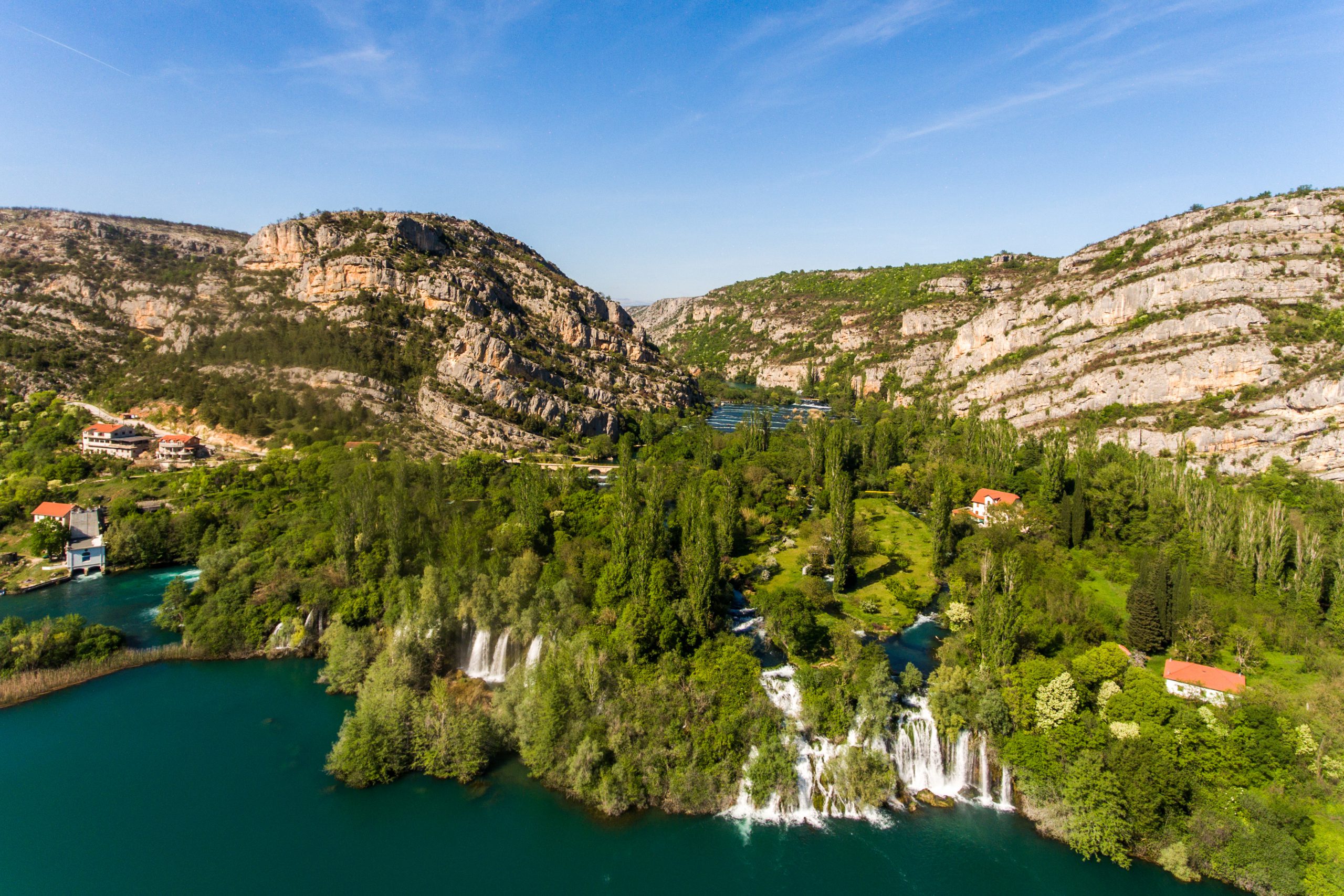 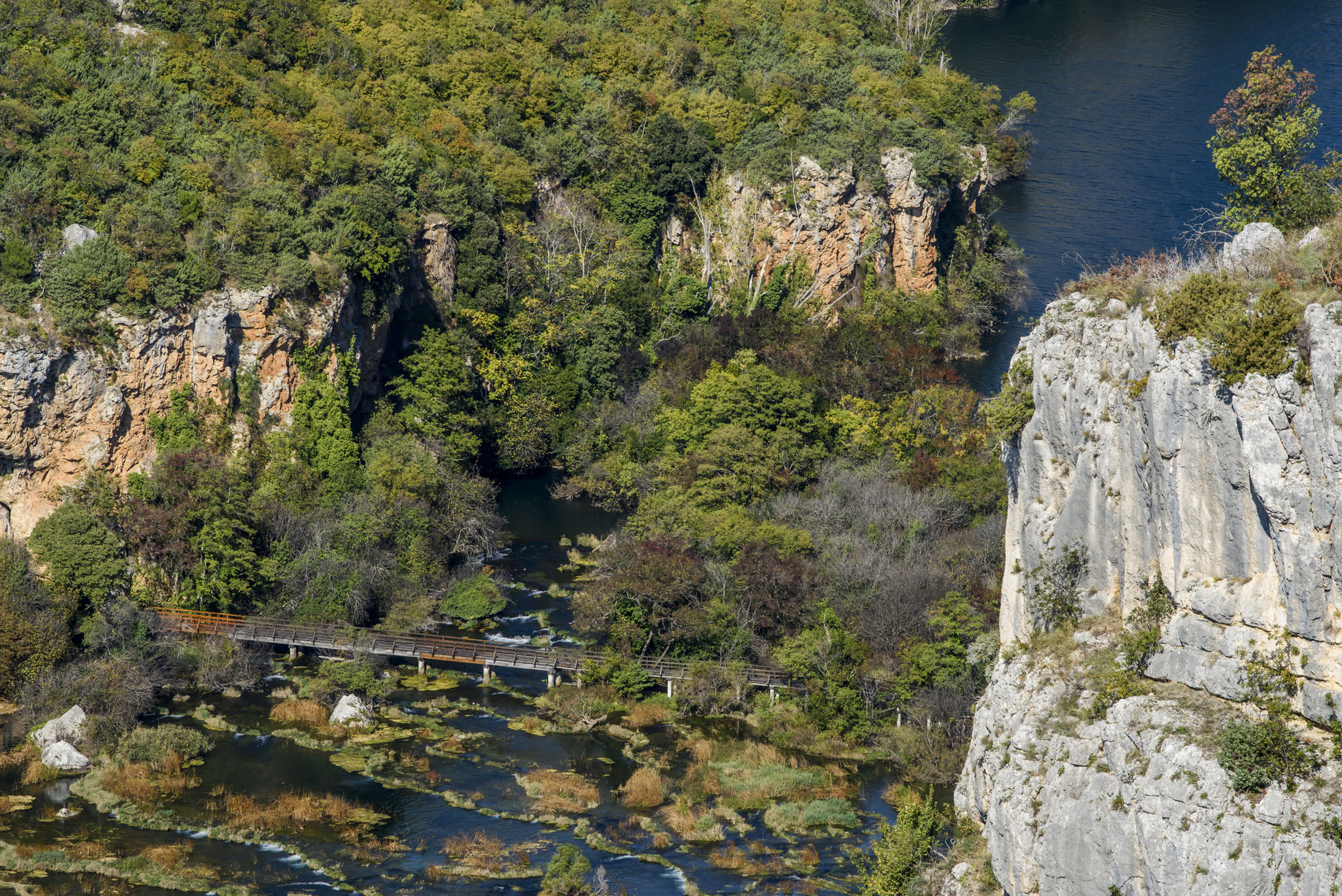 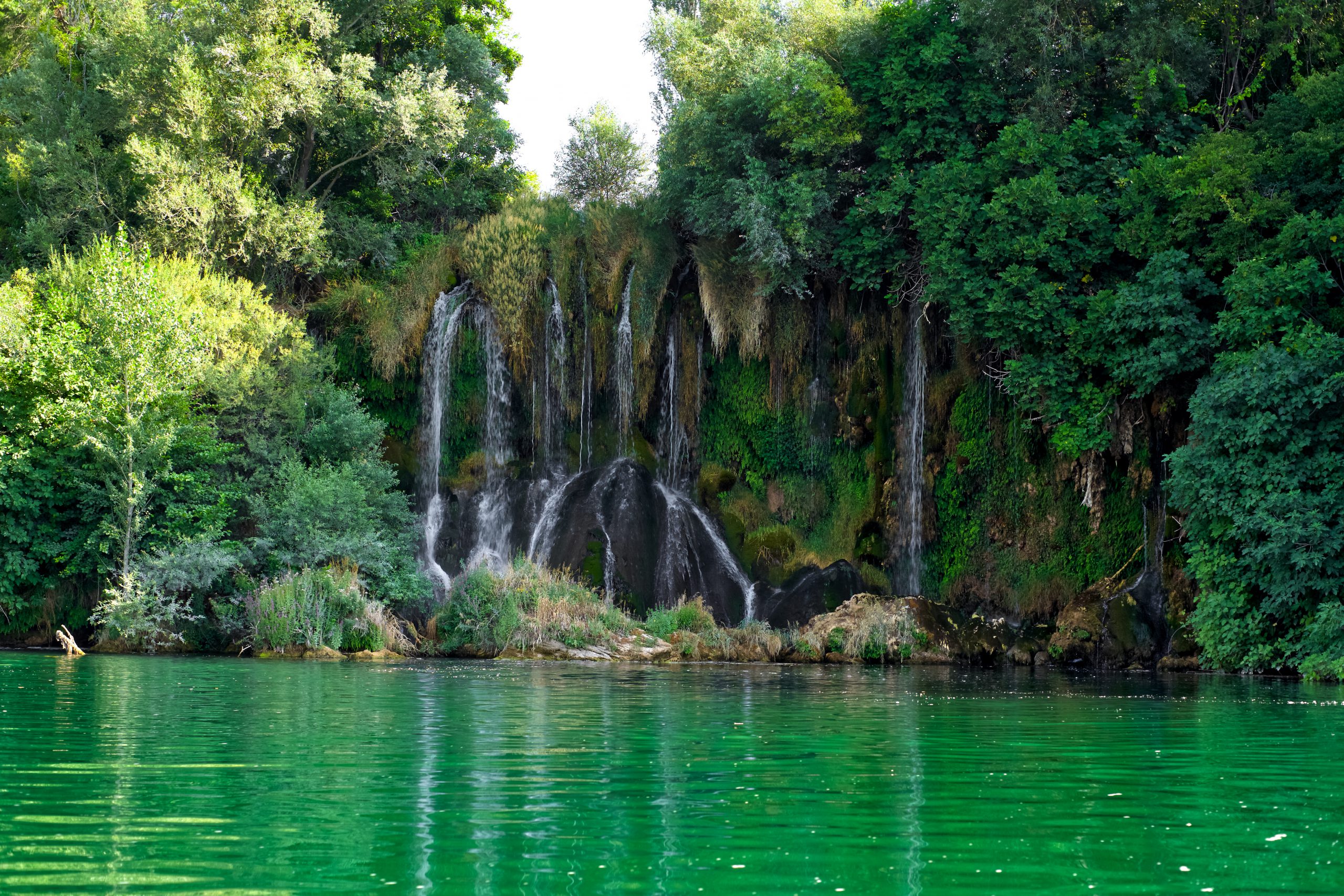 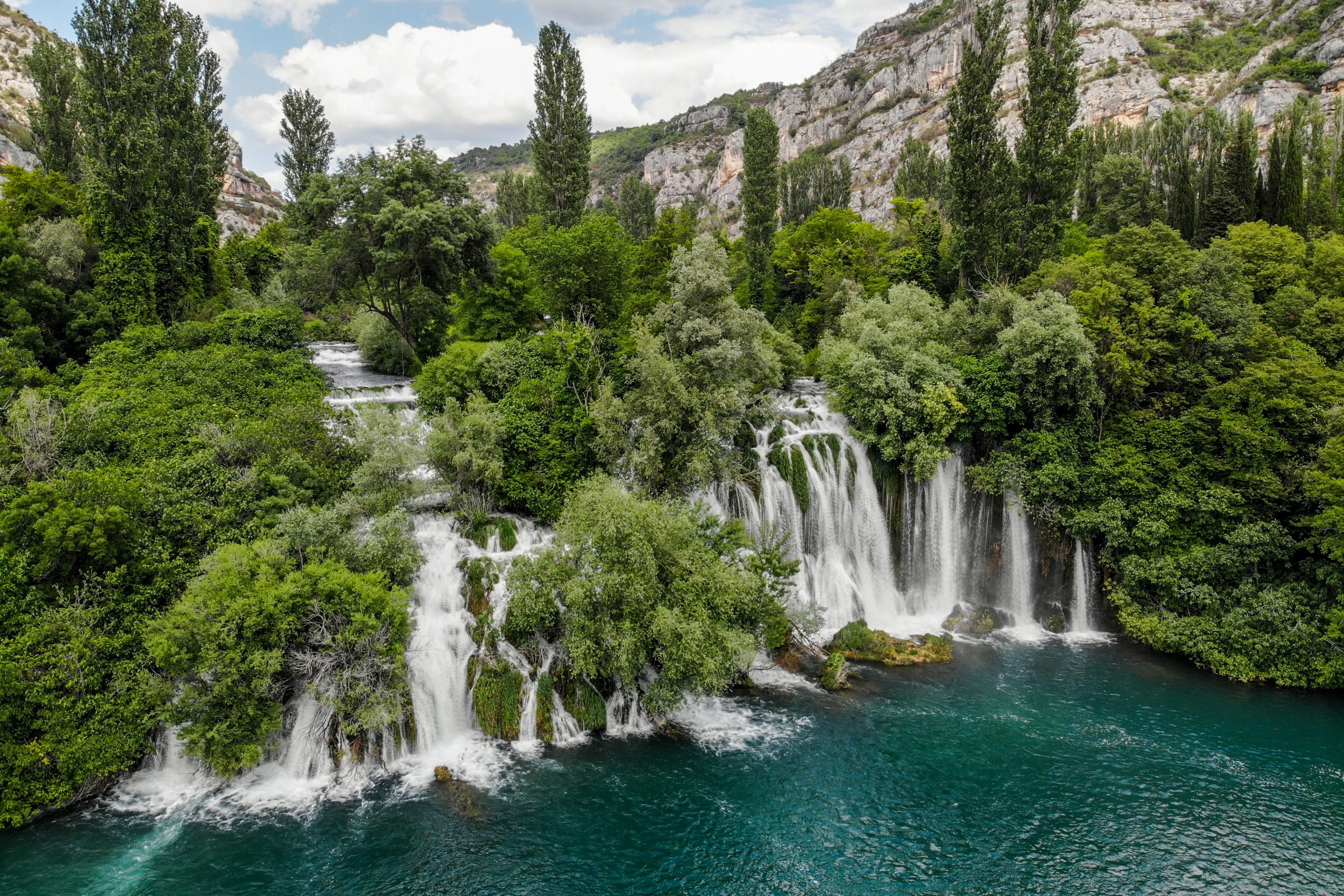 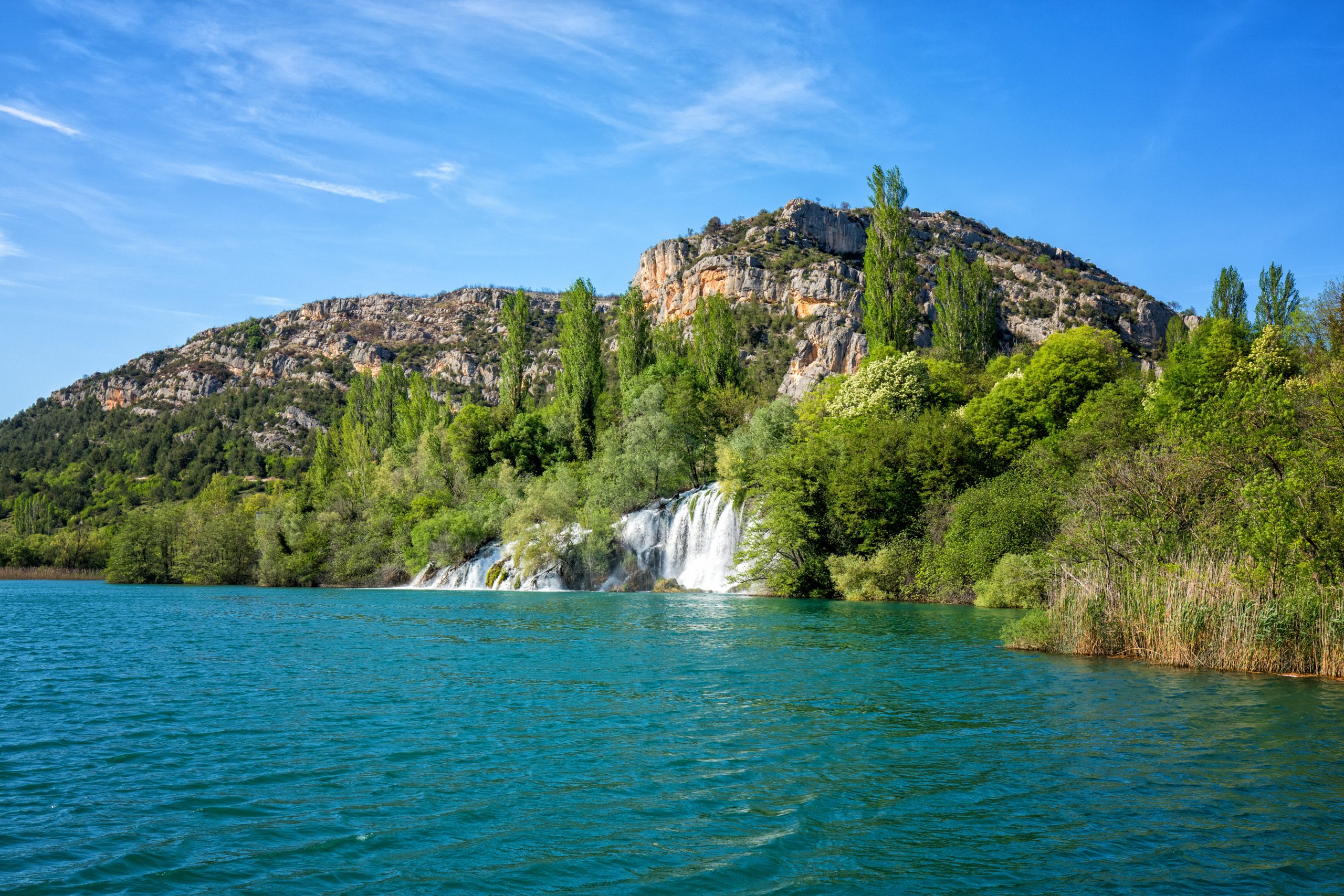 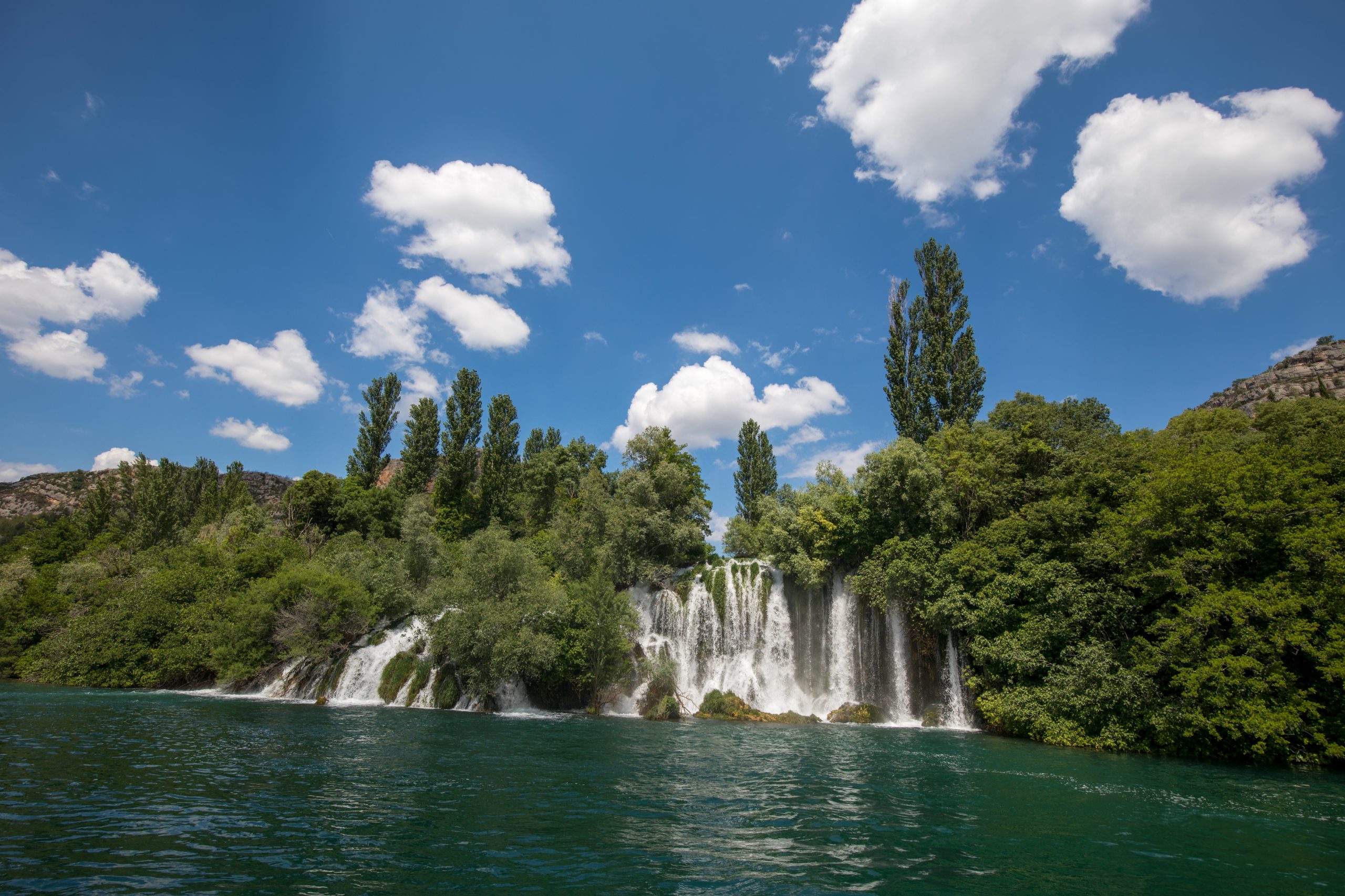 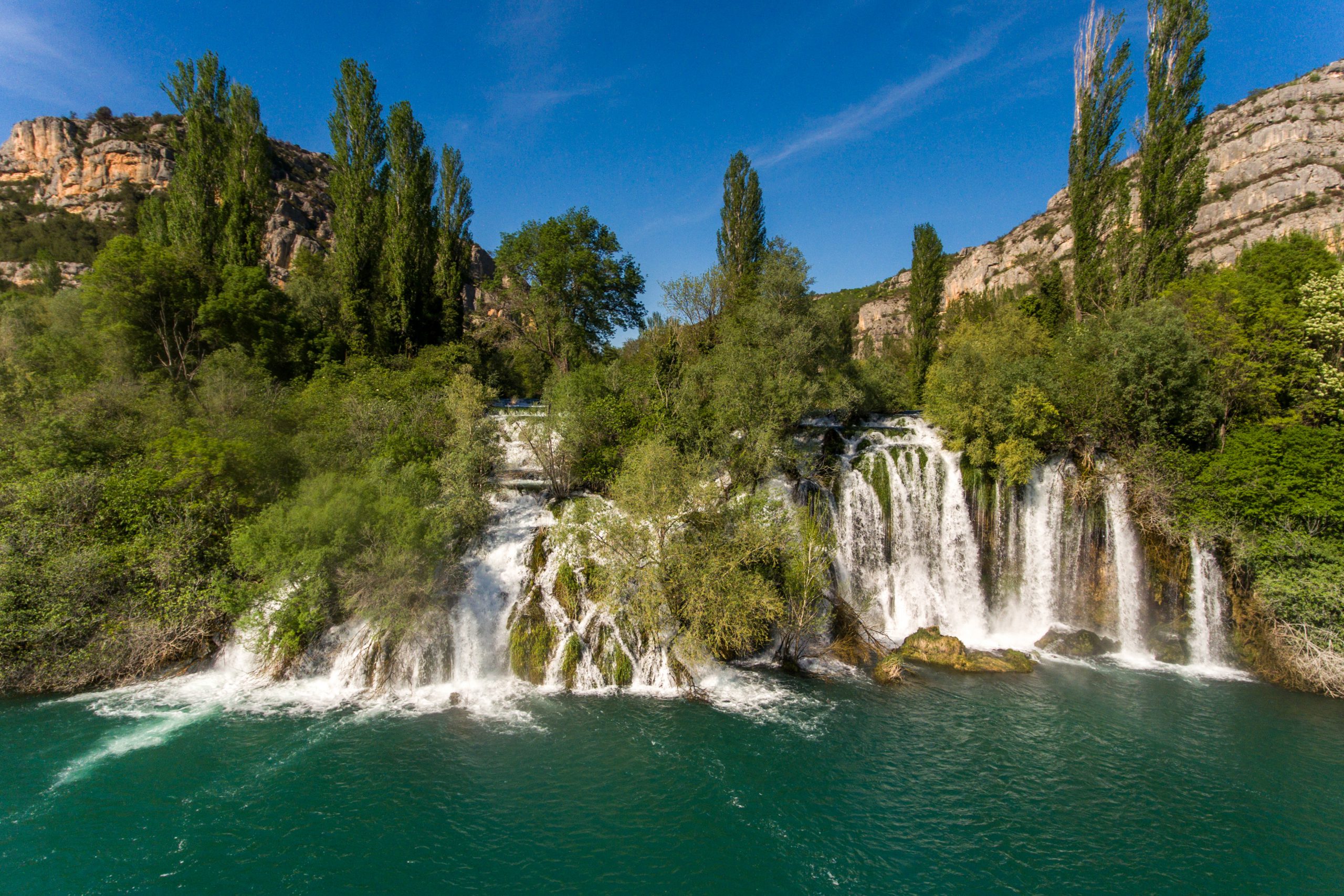 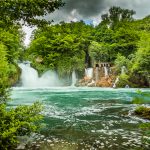 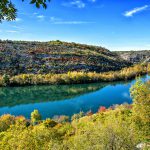 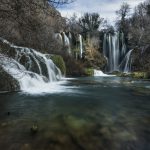 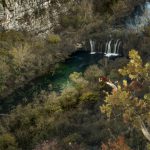 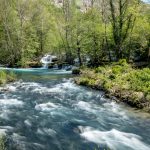 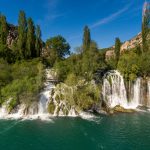 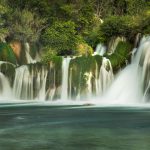