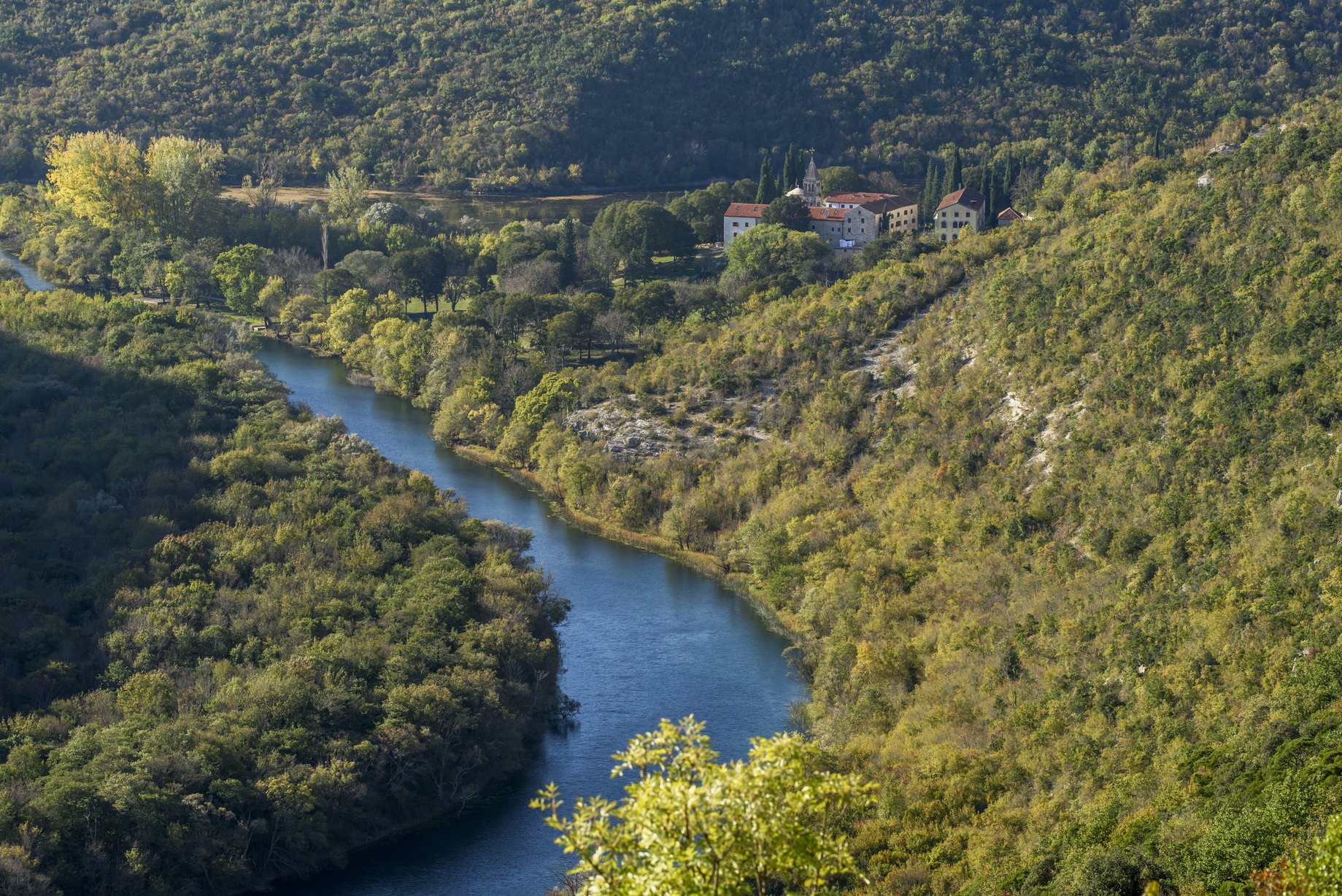 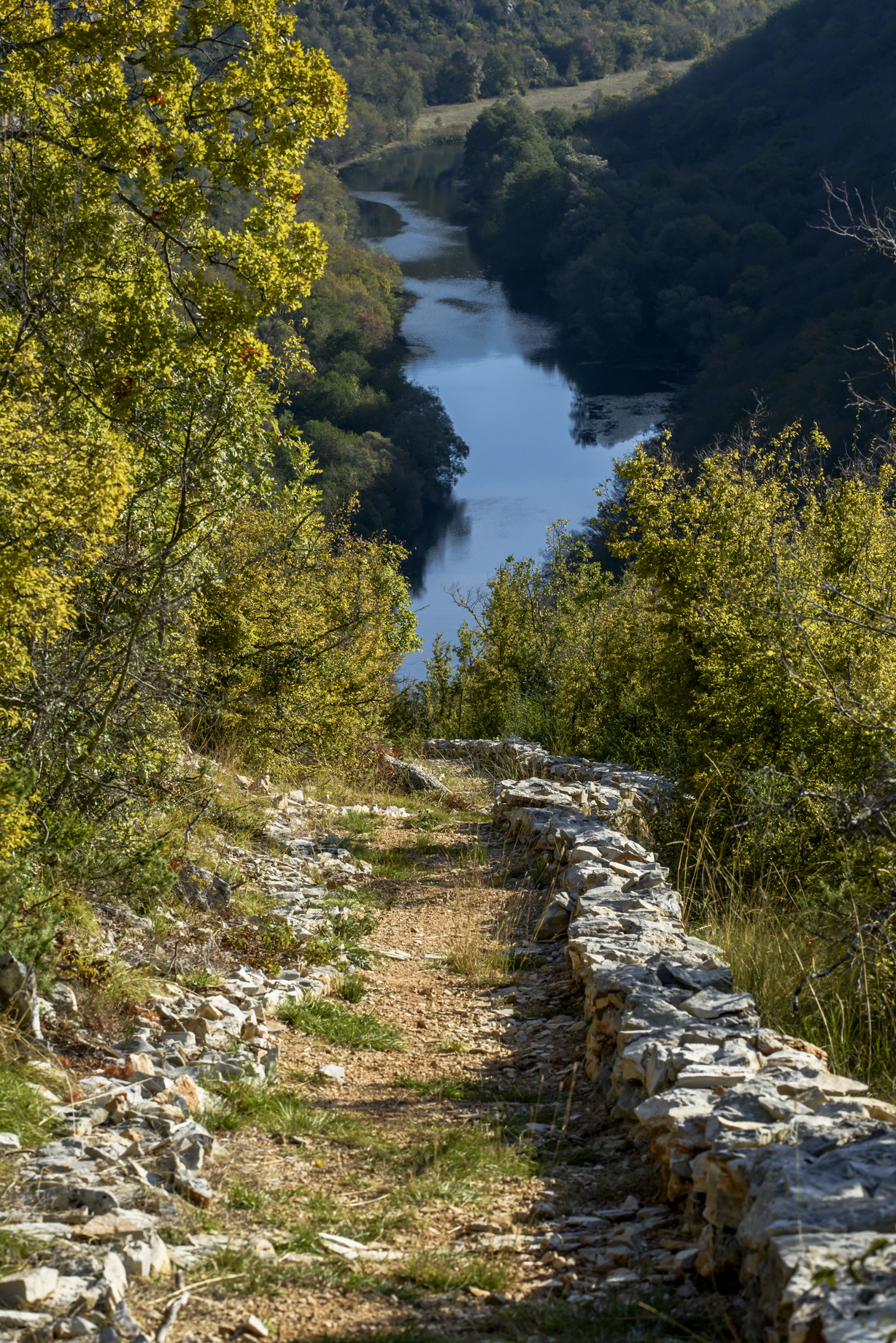 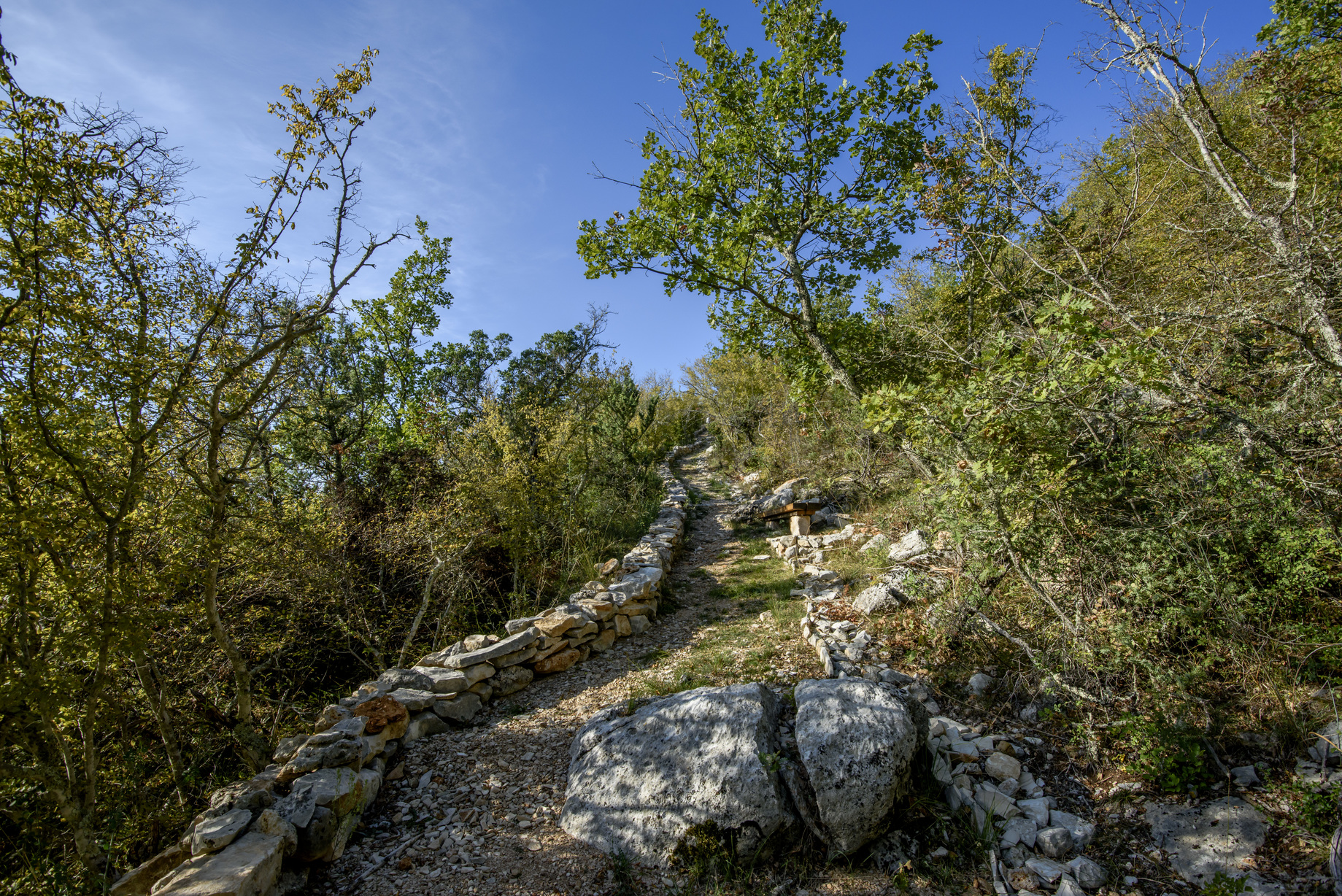 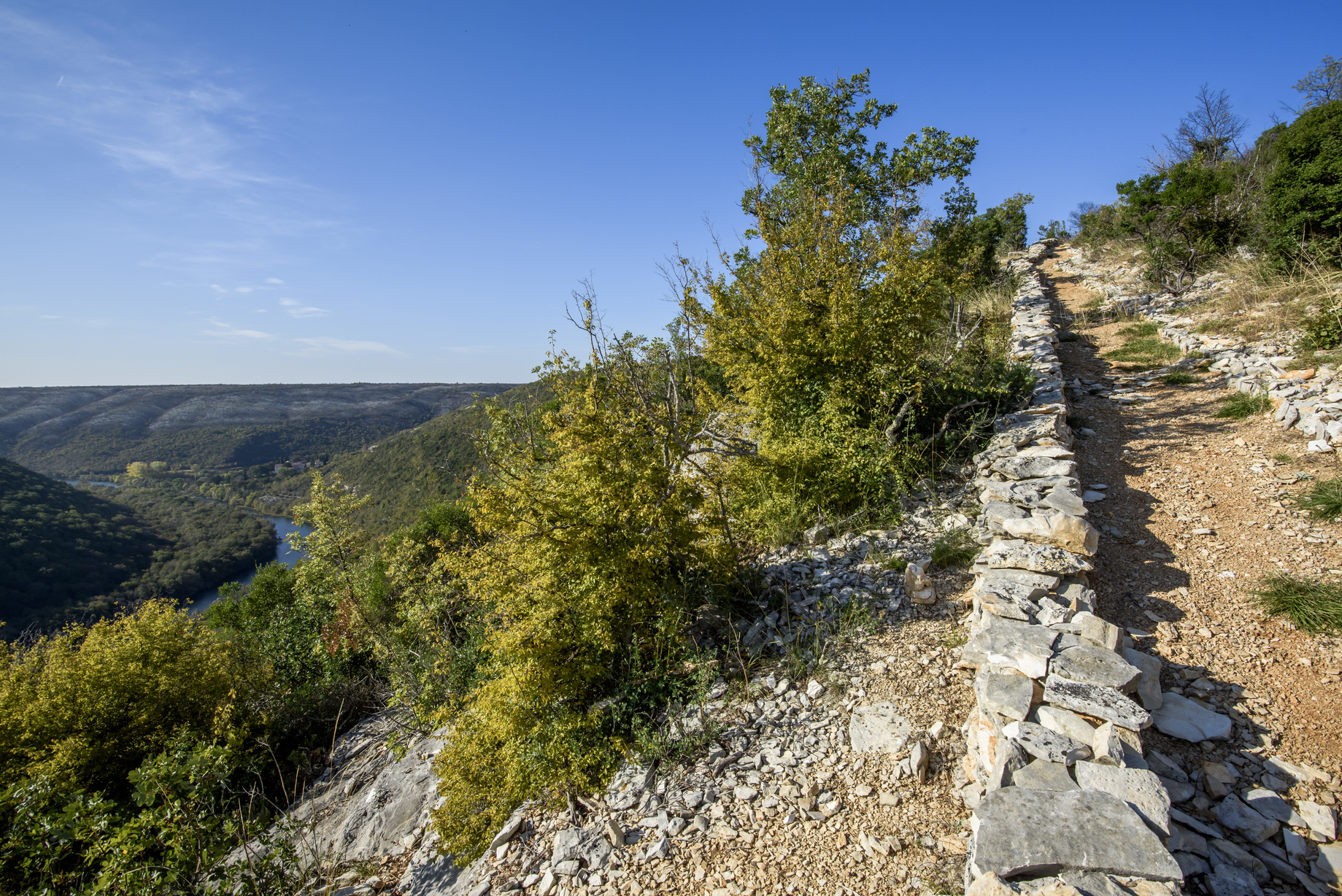 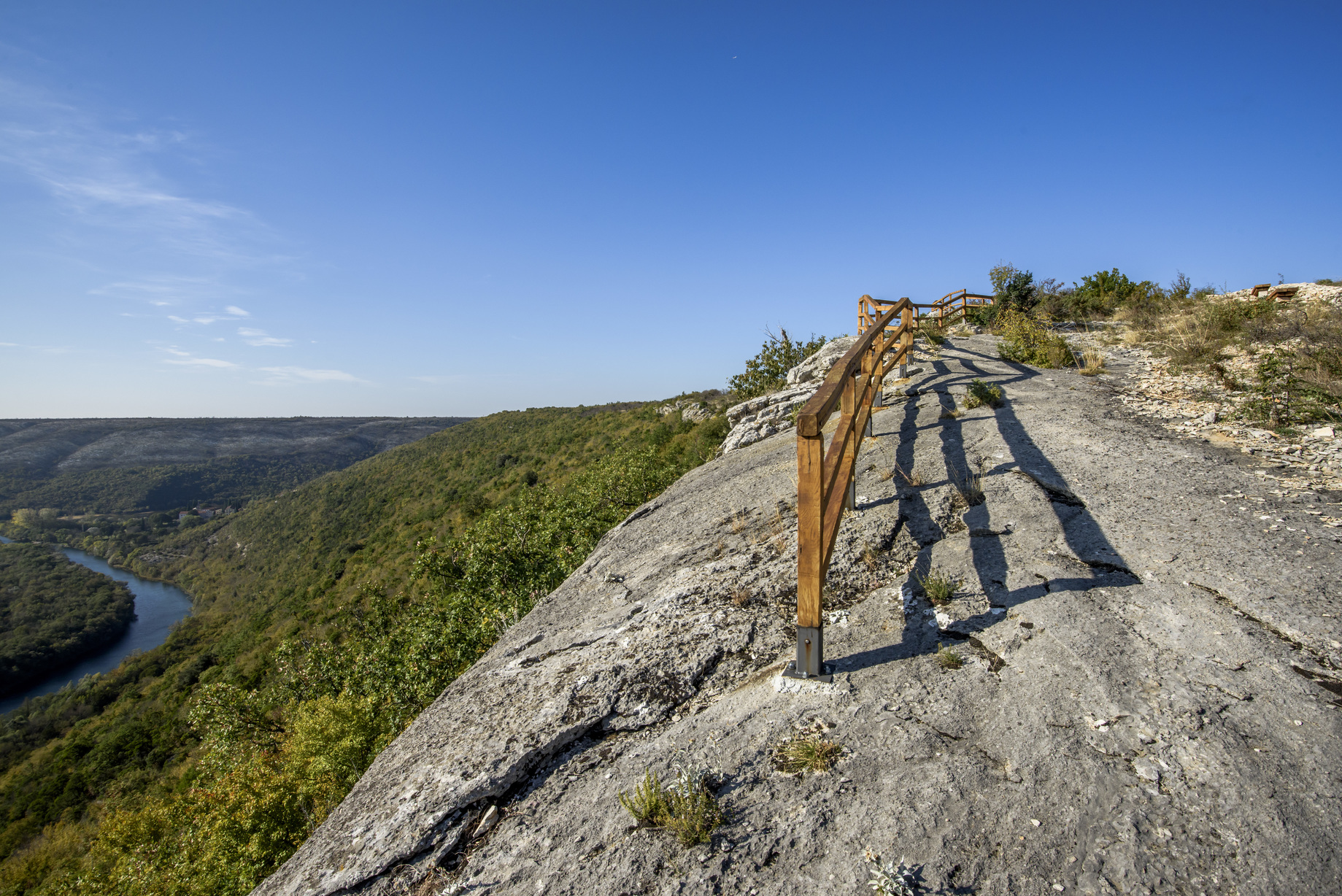 A narrow trail through the canyon where we seek peace

Heading down the steep slope towards the water, through the dense vegetation, accompanied by birds and the amphibian choir is a priceless experience of primal nature. If you have reached this point by following the upriver trails of Krka National Park, you have already stepped into the unknown Krka. The cliffs of the river canyon extending from Roški slap waterfall to Carigradska draga are deeply etched, with the vertical rocks alternating with stretches of vegetated slopes. In the middle of the canyon section of the Krka, at Carigradska draga, stands the Krka monastery. The slopes of the river here are tall and steep. In their clefts we find the wetlands, with reeds, lake-like expansions of the river, wet meadows and surrounding pools abound in amphibians and birds, while the thickets and rocky grounds are home to the reptiles and lizards.

The Orthodox Krka monastery, also called the Monastery of the Holy Archangel, was erected at the northern edge of the wetland. It can be seen from the trail, comfortably situated in the peaceful surroundings. Spiritual peace can be found at places like these, where nature shows the path upon which to seek it. It therefore comes as no surprise that centres of spirituality are almost always in hidden and tame oases, protected from direct contact with the world, and offering a unique experience as you approach them.

In continuing upstream along the river, as part of this exceptional part of the river, the Nečven fortress stands high above the left bank of the Krka River, at a side where there was once a crossing over the river connecting southeast Dalmatia with Bukovica and Ravni kotari. On the opposite cliff, stands the Trošenj fortress. For centuries, these two twins stood guard over the deep canyon, telling all travellers of the famed past of the noble families Nelipić and Šubić.

The Krka River is home and shelter, and an important stopover, for numerous bird species, making it an important and valuable ornithological area. The rocks and cliffs in the upper course of the Krka River are habitat for 22 bird species: crows, crag martin and swallows, Eurasian eagle owl… This is an area that is important for the survival and stability of birds of prey – Bonelli’s eagle, snake eagle, peregrine, Lanner falcon and merlin, while until the 1970s, this was also a nesting site for the birds of prey – Griffon’s vulture, golden eagle and Bonelli’s eagle, lesser kestrel and peregrine falcon. Who wouldn’t want time to stop at the moment they see an eagle in flight, or a falcon diving down to capture its prey? Fortunately, there are still places here where one can experience this.