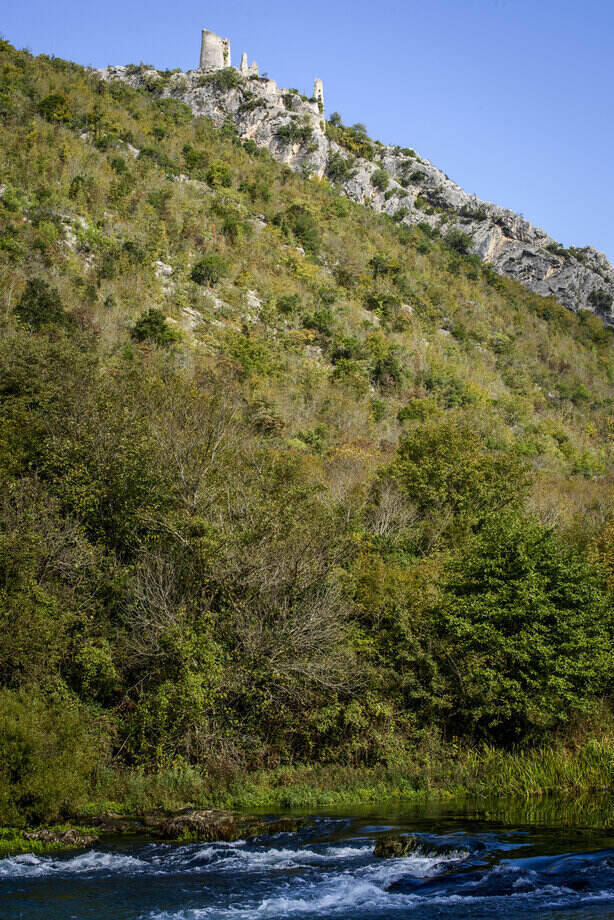 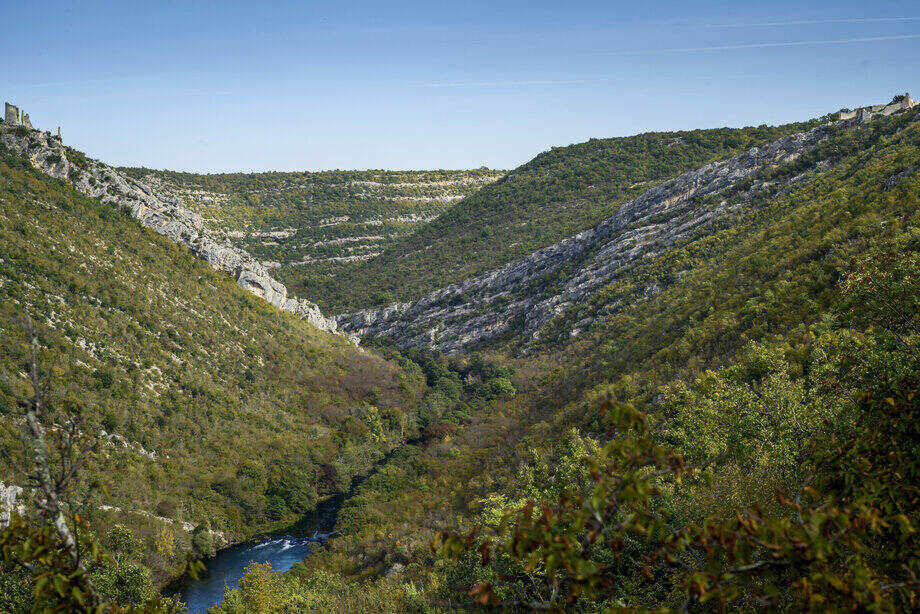 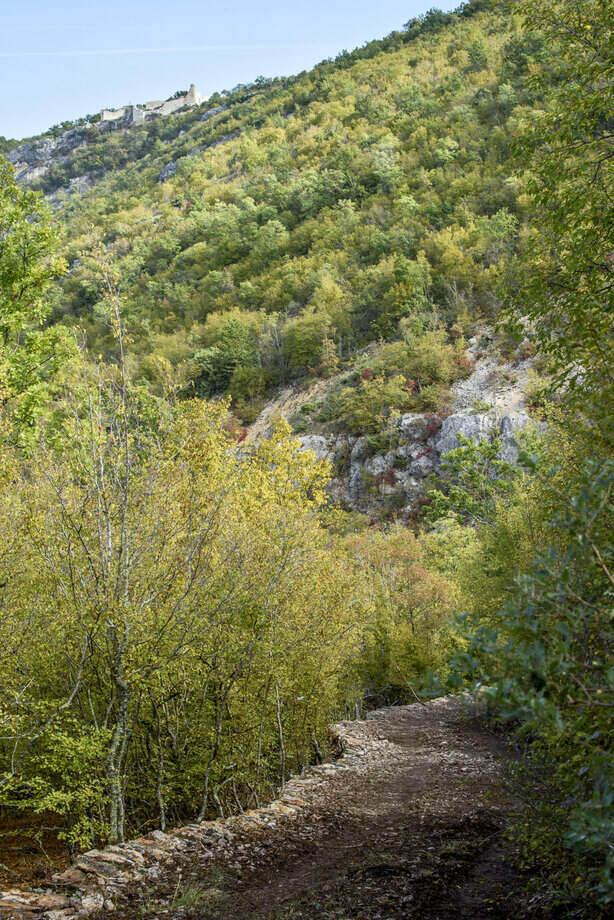 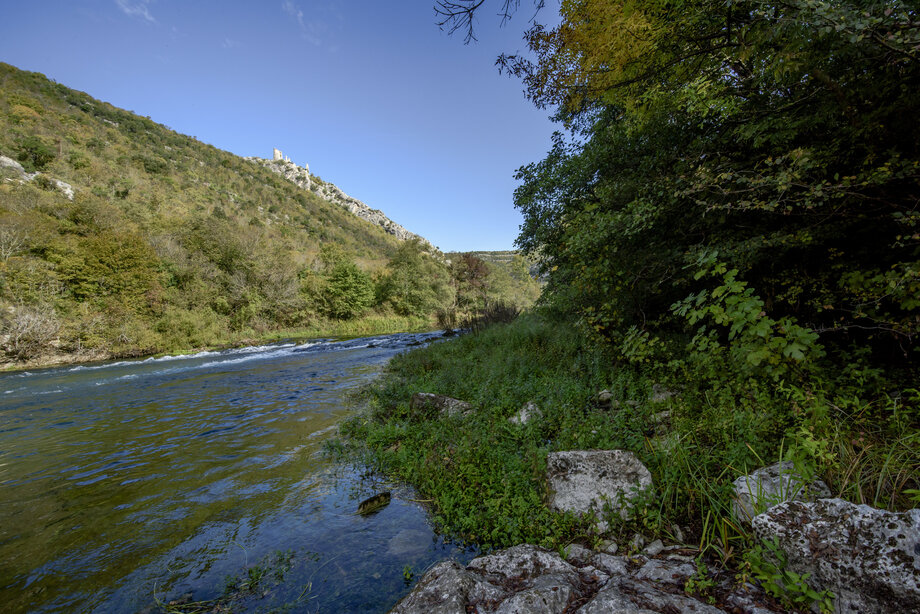 The place where a wooden bridge joined two powerful fortresses four centuries ago
In the villages along the Krka River for centuries a legend has been told about the unhappy newlyweds and sad father, Prince Bogoje, who had two village girls, twin sisters, immured into the walls of the fortresses of Nečven and Trošenj, to cry day and night for his son Bogdan, who drowned saving his fiancé Miljeva from a terrible dragon. The walls of these medieval towns have always attracted the attention of the local people. Their very position, high above the edges of the canyon, on the opposite banks of the river, inspires the imagination and invites stories of the famous past of the Croatian noble Šubić and Nelipić families.
The fortress of Nečven, above the left bank of the Krka River, was built in the 13th or early 14th centuries. It was erected at the place where the route from southeastern Dalmatia to the Bukovica and Ravni kotari regions crossed over Krka. It is almost certain that Nečven was owned by the Nelipić family from the period of their arrival in Promina. A castle or fortress in their possession was first mentioned on September 21, 1376. In the first half of the 16th century, around 1522, Nečven was conquered by the Turks. It became the center of a nahije and then a qadiluk. At the beginning of the Candian War, in 1647, the Venetian uskoks headed by Don Stjepan Sorić destroyed the bridge across the Krka at the foot of Nečven fortress. Nečven is among the most important monuments of medieval fortification architecture in Dalmatia. Unfortunately, the walls are crumbling, and the tower and the northeastern part of the perimeter walls were demolished by explosion in 1921 and also by earthquakes. Nonetheless, visitors will again cross the bridge between the two forts: the Krka National Park will connect them with a new, hanging pedestrian bridge.
Going down the Perice path, leaving from Nečven village, which is entirely within the boundaries of the Krka National Park, you will come to the water and to the Bibić rapids, the place that marks the end of the navigable part of the Krka River. This is where the boats turn around that take passengers on the excursion from the Roški slap waterfall to the Krka monastery and the medieval fortresses of Nečven and Trošenj, which until now could only be seen from the boat. If you go down to the rapids, you will see Nečven and Trošenj from the perspective of a frog, and feel the awe of the travelers who once crossed the wooden bridge across the river linking the two fortresses in the possession of powerful rival families.