Niz ploču (Down the cliff) trail 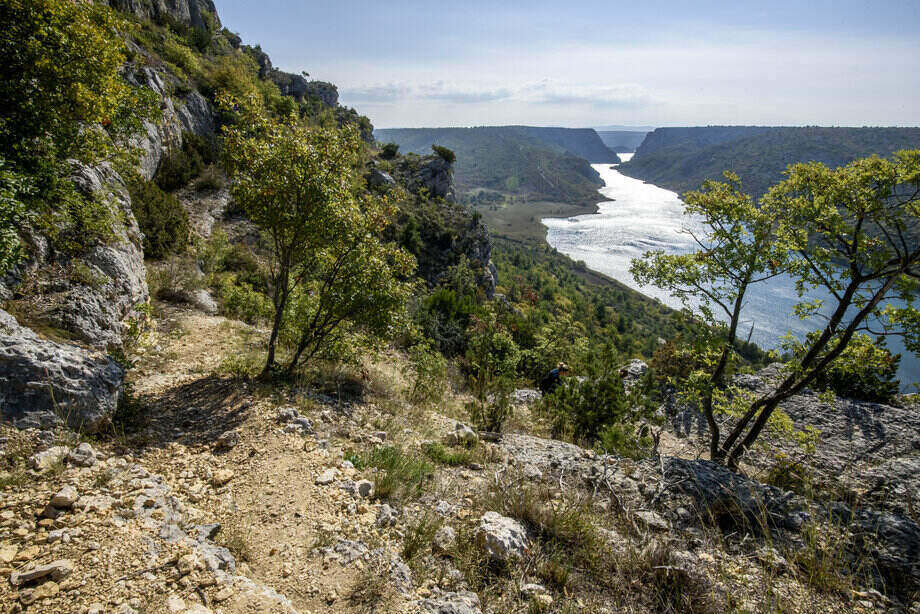 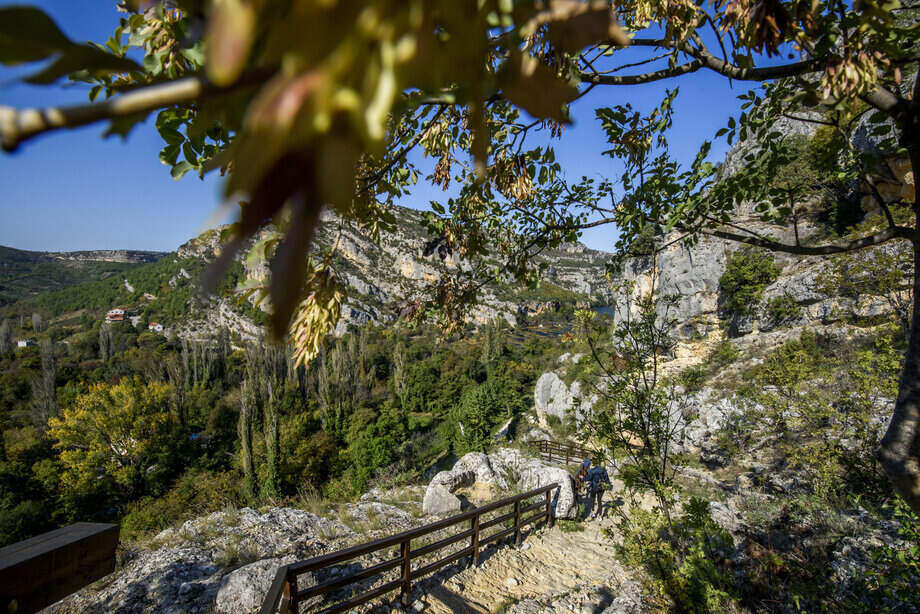 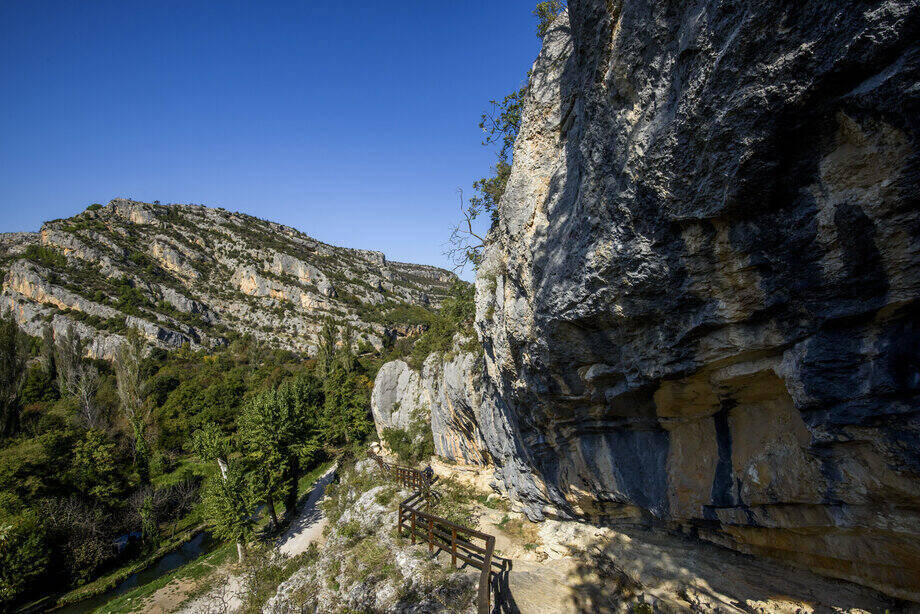 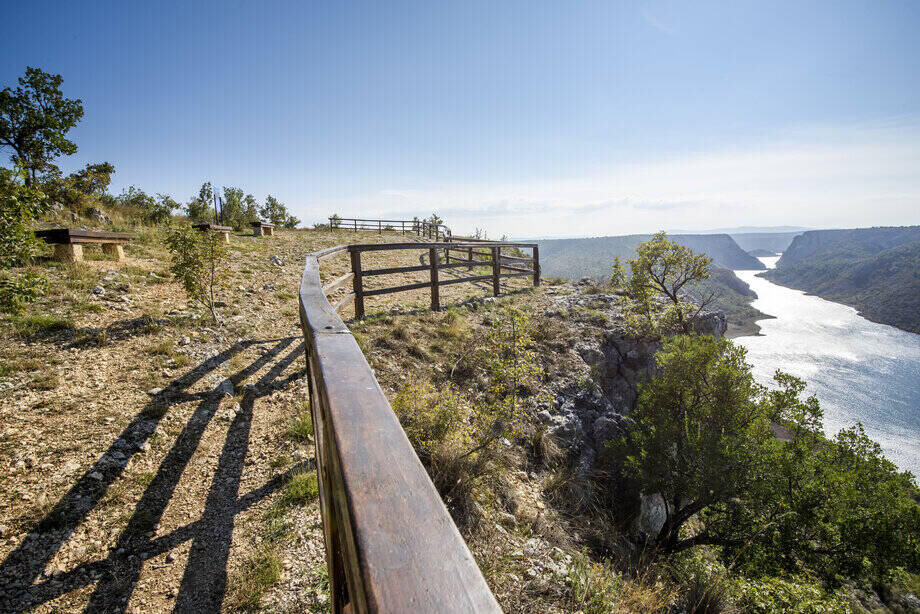 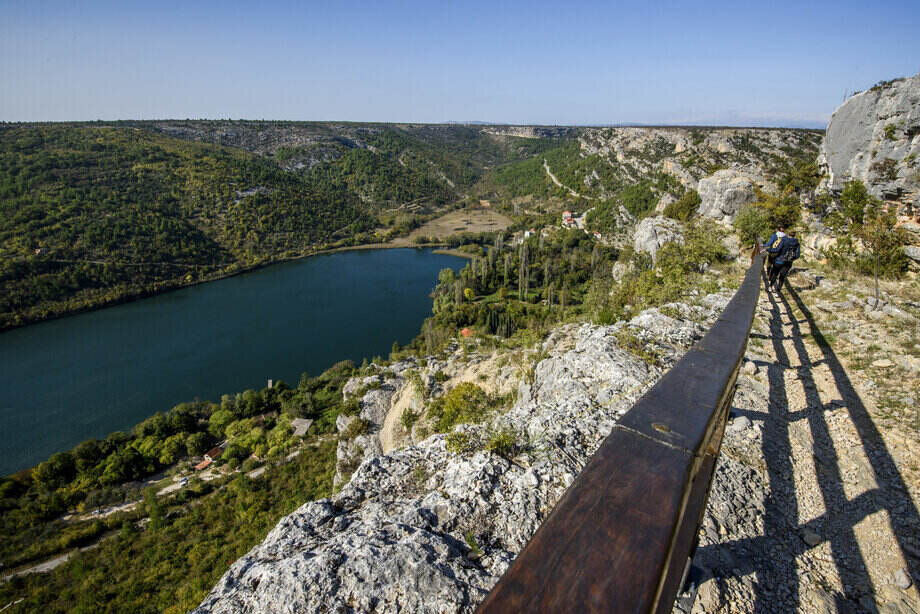 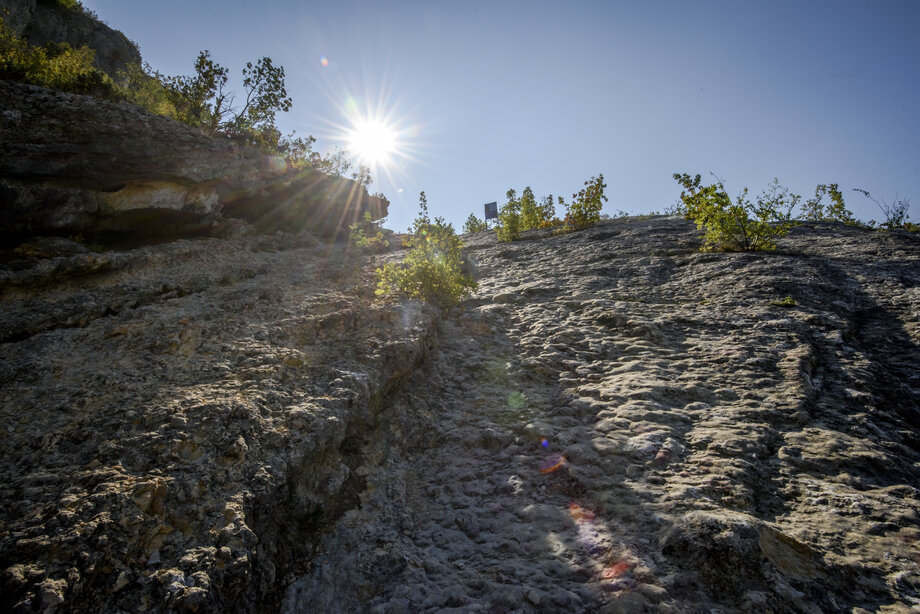 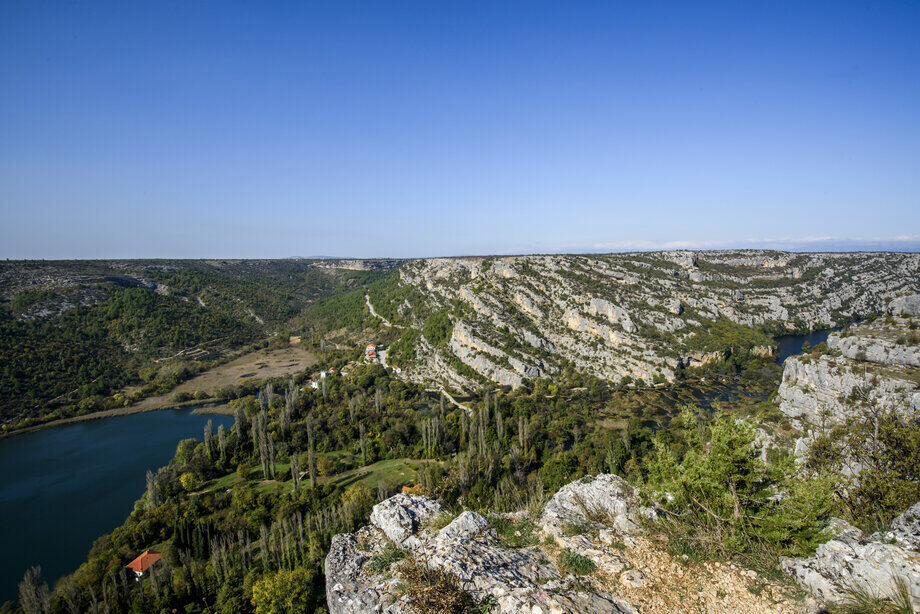 The old path through the Roški ravines to the watermills and the river
The route that the inhabitants of the surrounding villages once used to descend through the steep surfaces of the canyon to the river and the land they cultivated there today is a hiking trail where visitors can enjoy viewing the enchanting scenery of the Roški slap waterfall. And truly, the view is worth the ascents and descents of this path, both equally difficult, since as its name suggests, it is a polished slab within the Roški gorge. In the last century, Jasna Skelin Duboković, a visionary from Drniš, spoke about setting up a trail to the watermills, as from this area, the full beauty of the canyon can be seen. Someone seeks to spot a pair of eagles over the ruins of Rogovo, to see the sprawled travertine Necklaces, and the blue and green waters pressed into the Među gredama canyon. And that person also in fact sees the house of Jasna Skelin Duboković, a noblewoman who grew up at the Roški slap waterfall and devoted her whole life to its valorization and development.
Such places, elevated both in height and spiritually, feature exceptional natural features and represent the habitat of various living creatures. In the vicinity of the village of Bogatići, on the upper part of this sloping cliff called Ploča, high above the Roški slap waterfall, at a height above sea level of 156 m, you can find the cave called Suza na Ploči [The Tear of the Slab], named after its opening in the shape of a teardrop. This is a small, simple structure, five meters long and three and a half meters deep, with a vertical drop of around six meters. It is inhabited by the spidery cave cricket (Dolichopoda araneiformis), a relict of the Tertiary endemic in the western Mediterranean.
Once you climb up the path, you’ll find yourself quite close to the birds of the air. The rocks and cliffs at the Roški slap waterfall and in the Među gredama canyon are the habitat for twenty-two bird species. This is the nesting place of the short-toed snake eagle, which for hours floats on air currents searching for food. The canyon above Roški slap is also the nesting place for the Eurasian crag martin, the red-rumped swallow, the house martin, and the alpine swift. Nests are made in cracks in rocks and shallow caverns by wood pigeons, a flocking bird that lives in small flocks all year, while the blue rock thrush nests on the cliffs or on large stone blocks. Family flocks of ravens can often be seen above the Roški slap waterfall. In the cracks of steep cliffs or in abandoned nest of birds of prey in inaccessible forests the Eurasian eagle-owl also nests. Its call is “woo-hoo”, which particularly can be heard in spring during the nesting season, and the call can be heard at a distance of up to four kilometers. In the part of the canyon above the Roški slap waterfall, although they no longer nest there, it is sometimes possible to spot peregrine falcons, Bonelli’s eagles, and golden eagles in search of food.