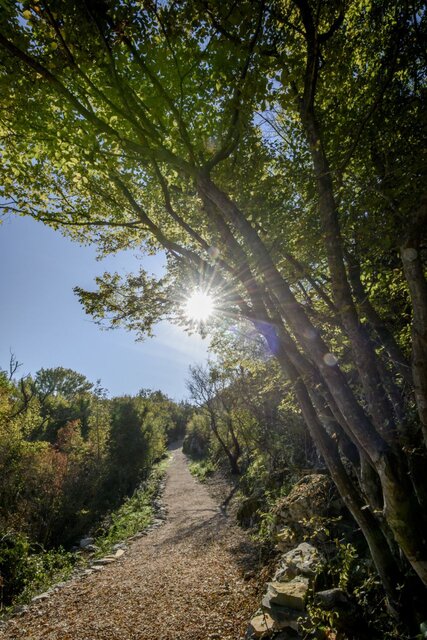 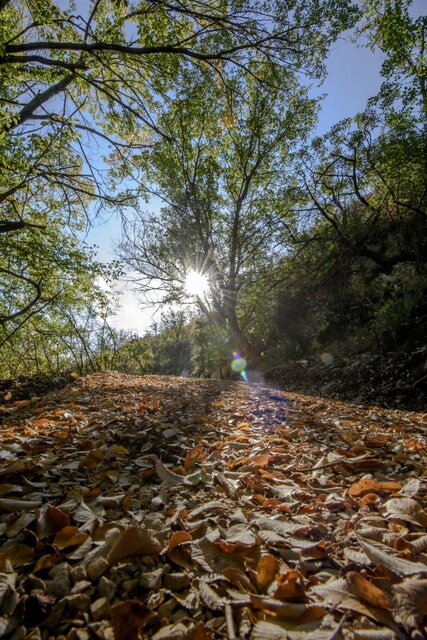 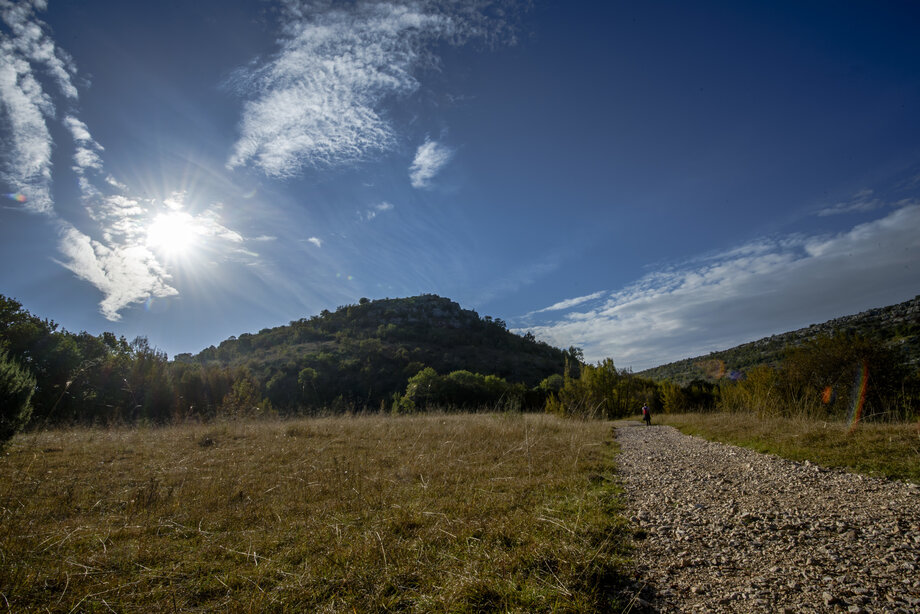 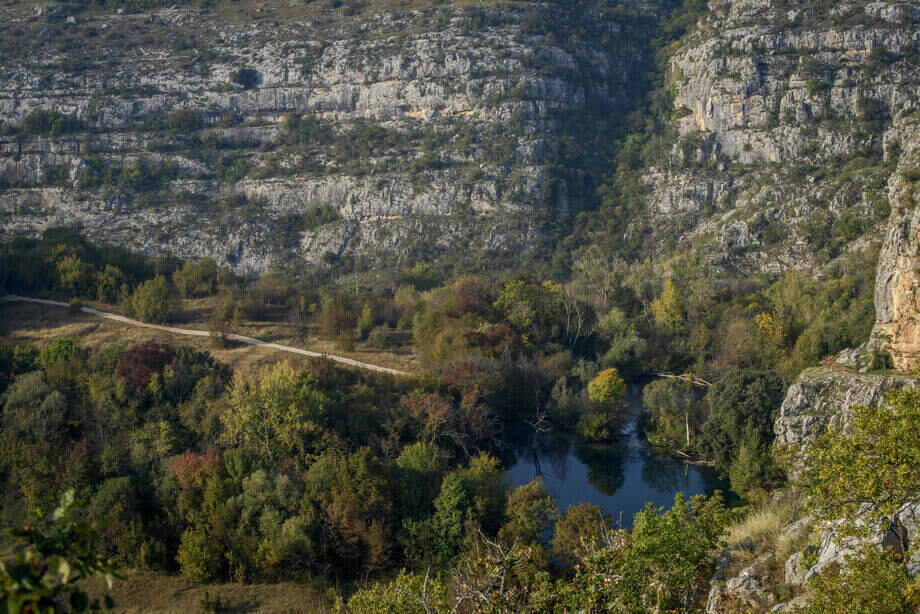 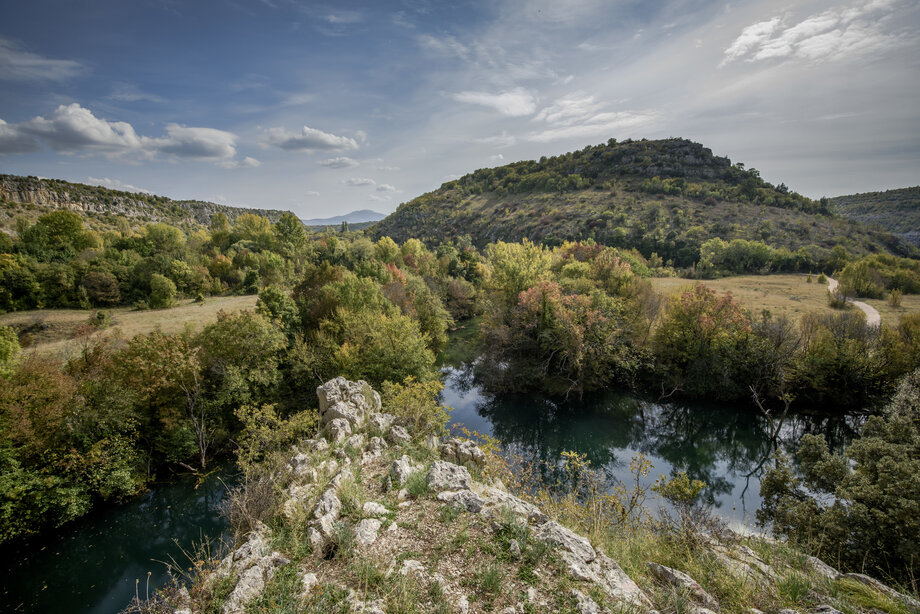 The historical crossing of the Krka River near the lake
The path begins at the place whether there has been a crossing across the river since ancient times. This crossing connected the Bukovica and Promina regions in the period of the famous Burnum military camp, and was part of the network of Roman roads in Dalmatia. The path begins on the left bank directly above the Brljan waterfall and connects it with Manojlovac, the highest waterfall on the Krka River.
On the right bank, the Bukovica side, lie the remains of the Roman military camp of Burnum, and on the left, the Promina side, the remains of the prehistoric hillfort of Puljane, center of Liburnian tribe Burnistae. The hillfort covers an area of ​​about 5000 m². It is located on a plateau above the steep, high cliffs that protect the Krka River on both banks. Towards the south, the hillfort is enclosed by a rampart 160 long, about 30 m wide at the foundation level, and about 6m high. The remains of some 50 dwelling foundations can still be seen on it today. It was mentioned by the ancient writer Pliny as Castellum Burnum. It was undoubtedly an important center in the border area of the ​​Delmatae and Liburni, as a point from which the crossing over the river was monitored. The large quantity of pre-Roman and Roman pottery at the hillfort bears witness that it continued to exist after the Roman conquest and the establishment of the military camp (castrum) of Burnum on the opposite bank of the river. To walk along this trail and see the site of the hillfort will return you to the distant past when the Romans defeated the resisting Dalmatae, an Illyrian tribe after which the present region of Dalmatia is named.
Brljan waterfall is followed by a lake, created by a dam, which extends 1.3 km upstream. The Brljan Lake (Ćorića jezero, Bjelober) is 400 m wide and 1300 m long. The landscape changes here. The legends of the Krka River whisper that a winged dragon took the beautiful Miljeva and her beloved fiancé Bogdan to the bottom of Brljan Lake. But do not let old tales frighten you, because this trail is gentle and soothing with the comforting presence of nearby water. The ragged karst landscape at Brljan Lake turns into a softer, fertile land, and the Krka River enters a plain. The water of the lake pours over the Brljan waterfall only during times of high waters. The length of the travertine barriers of the Brljan waterfall is about 300 m, with a width of about 180 m, and a total descent of 15.5 m. The waterfall is surrounded by lush sub-Mediterranean vegetation, small pastures, and cultivated fields. During the warmer part of the year, the waterfall is dry, and the almost half a kilometer lake-like course of the Krka River between the Brljan and Manojlovac waterfalls also dries out. That is why the sub-Mediterranean vegetation is particularly lush in the spring. Grain was ground in the numerous watermills at Brljan, which are now abandoned (and also on the other bank), slowly being taken over by the dense vegetation, hiding them from human sight.