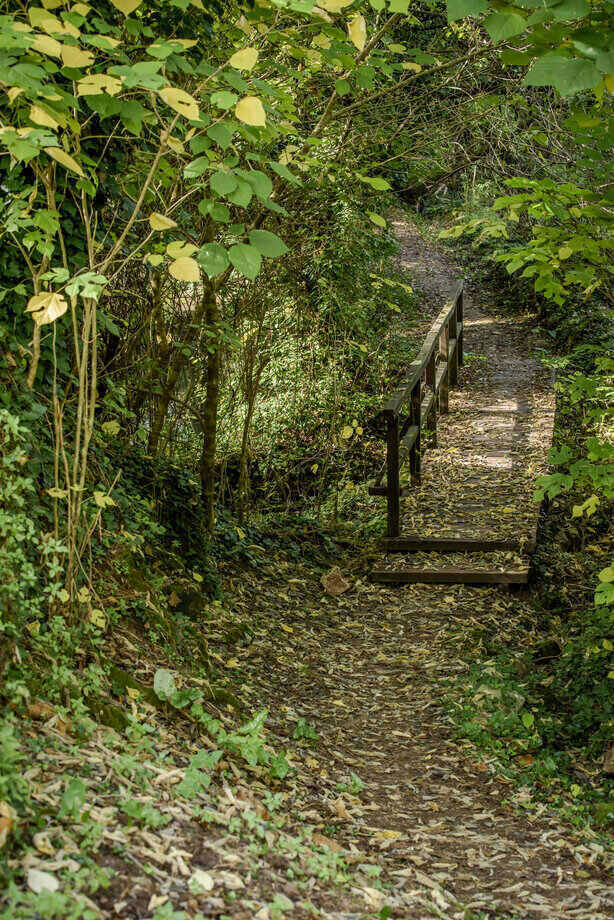 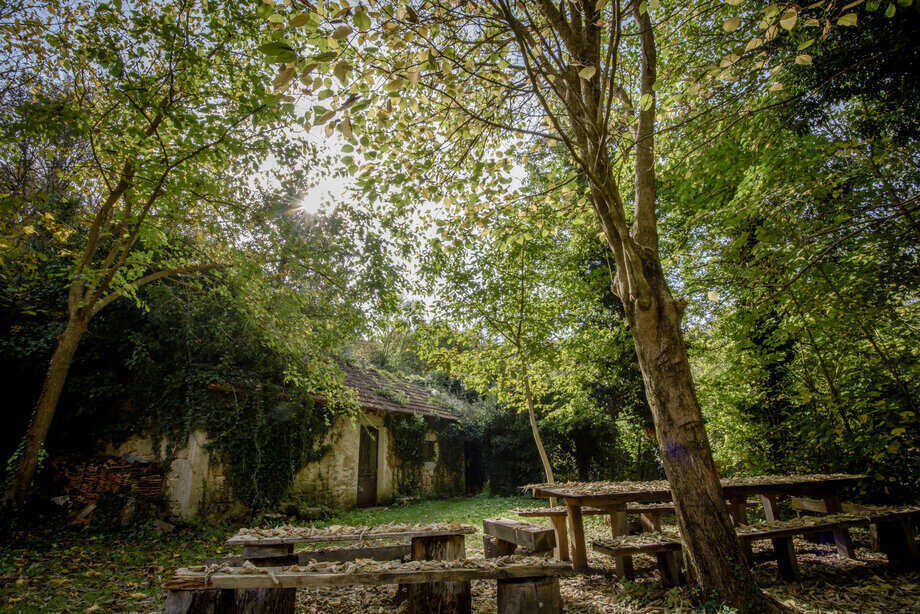 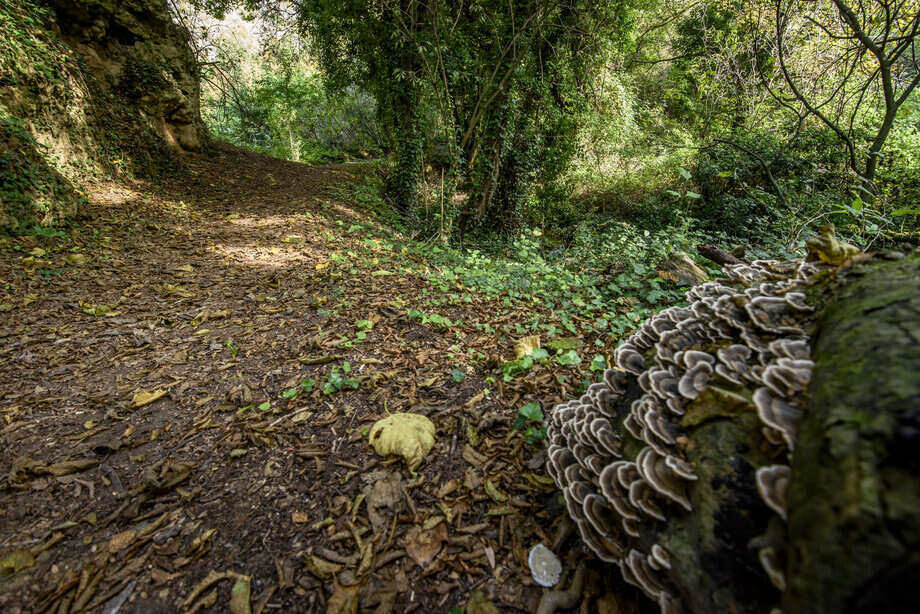 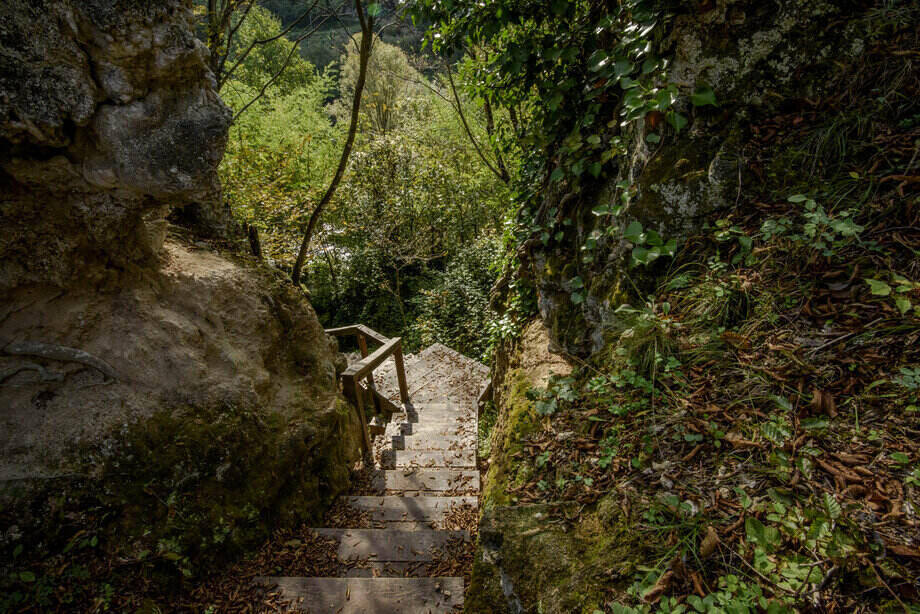 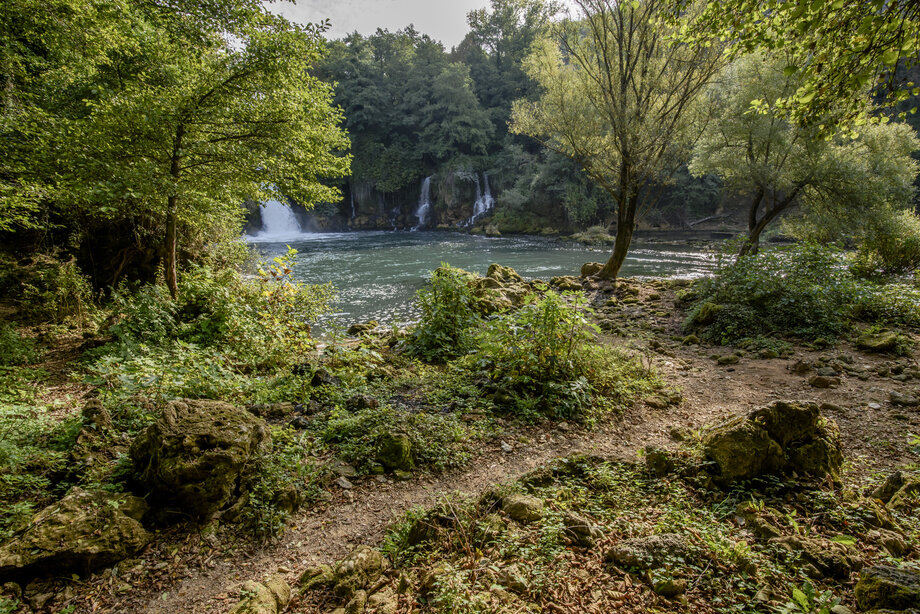 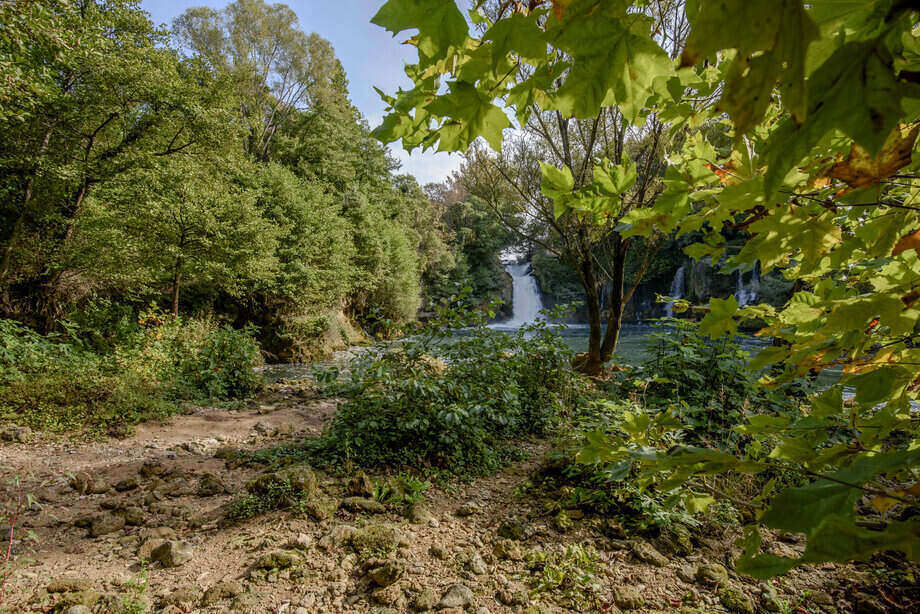 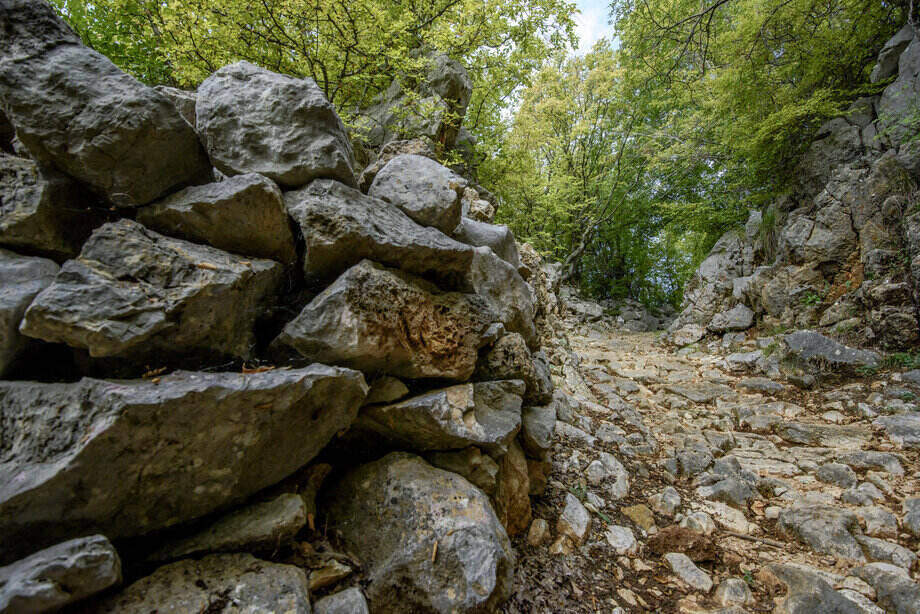 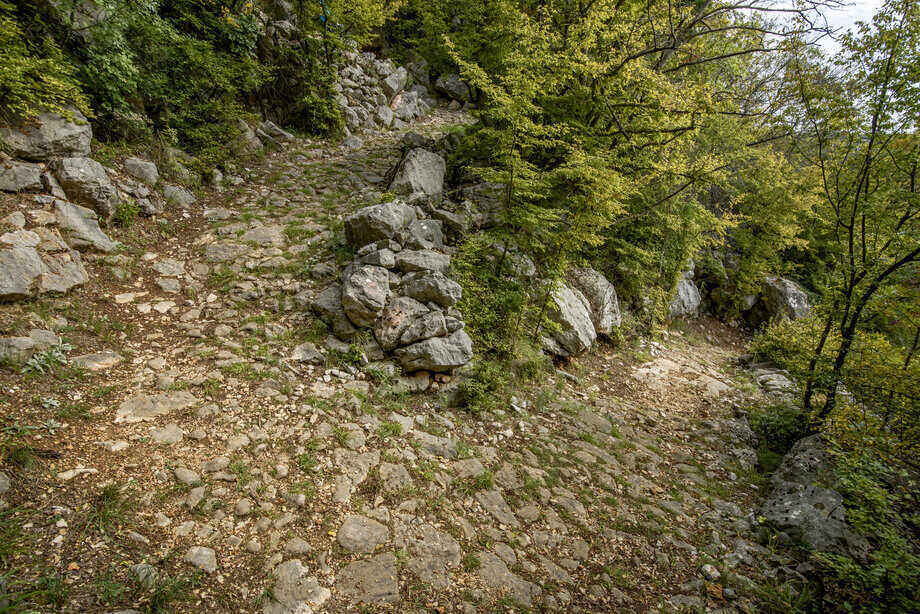 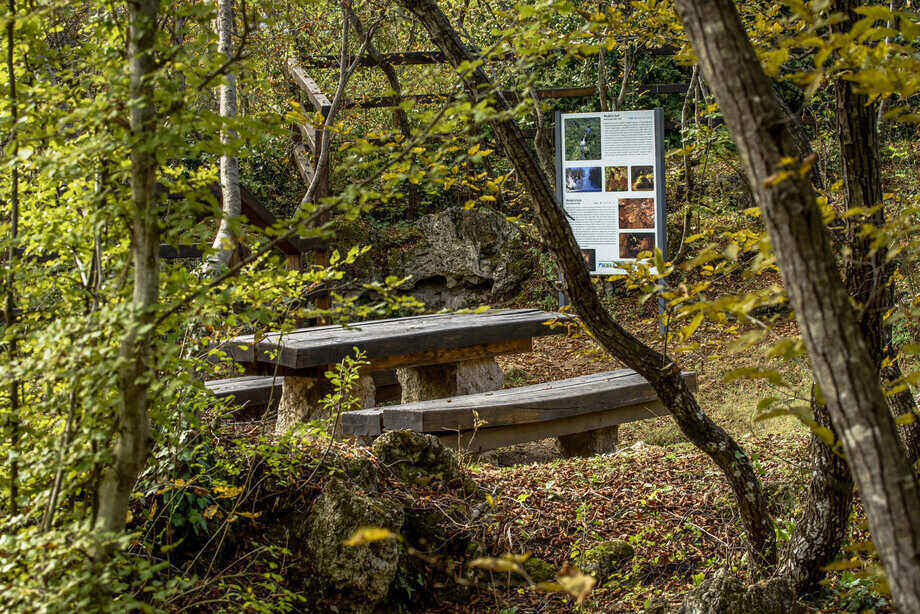 From the top of the cliff you can hear the roar of the first waterfall on the Krka River
Bilušića buk, the first of the seven waterfalls on the Krka River, is enclosed in a canyon, 16 km downstream from the river source and 9 km from Knin. From the canyon edge, first you hear the distant roar of water. The full flow of the Krka rushes over two travertine steps. This sound leads you along a trail, whose end, overgrown with ivy, features two watermills, like a scene for some Grimm fairy tale, before the intrigued traveler sees a small lagoon and the white water of Bilušić falling into it. Only a little imagination is needed to see young fairies playfully dancing, bathed in scattered water droplets, and unicorns drinking clear water from the lake below the waterfall. The waterfall is surrounded by lush sub Mediterranean vegetation and dense willows, and along the river there are several small fields where the local population grows vegetables. A wooden table and bench for resting are provided, and so a visit to Bilušića buk waterfall is an adventure and excursion in nature, like what we once read in children’s novels.
Bilušića buk consists of two main drops and several intermediate drops in a 300 m length, with a total height difference of 22.4 m. The width of the waterfall is about 100 m, but during times of low water levels, the water pours through a narrow cut only thirty meters wide. The travertine shapes abound in beards and half caves. Downstream from the waterfall there are numerous barriers, and immediately below them travertine thresholds and islets. Beyond the present watercourse it is possible to see an exceptionally well preserved and attractive “dead” or “fossil” travertine formation. This is a watercourse that was active during geological development, and the travertine is about 125,000 years old. It was created in a warm phase between ice ages, the so-called Ris/Würm interglacial period. The active travertine waterfalls of the Krka River, or the parts of the barriers that are located in the watercourse, are biodynamic creations that are constantly growing, and are now called “living” travertine formations. There are several speleological structures in the travertine barrier or in its vicinity. The most important among them is Sedrena cave behind a mill, 124 m in length, which can be entered through four entrances. It is decorated by many varieties of mineral deposits formed in the travertine, and the water used to run the mill flowed through it.
Numerous watermills, water washing columns and rollers once existed on both banks, i.e. the Bukovica and Promina sides. They ground the grain, washed and dried fabric, plants, and bags on the surrounding rocks. Everything was full of people, children, life. When the mills lost the battle with technological development, nature took them under her wing and somehow magically incorporated them into the surroundings.