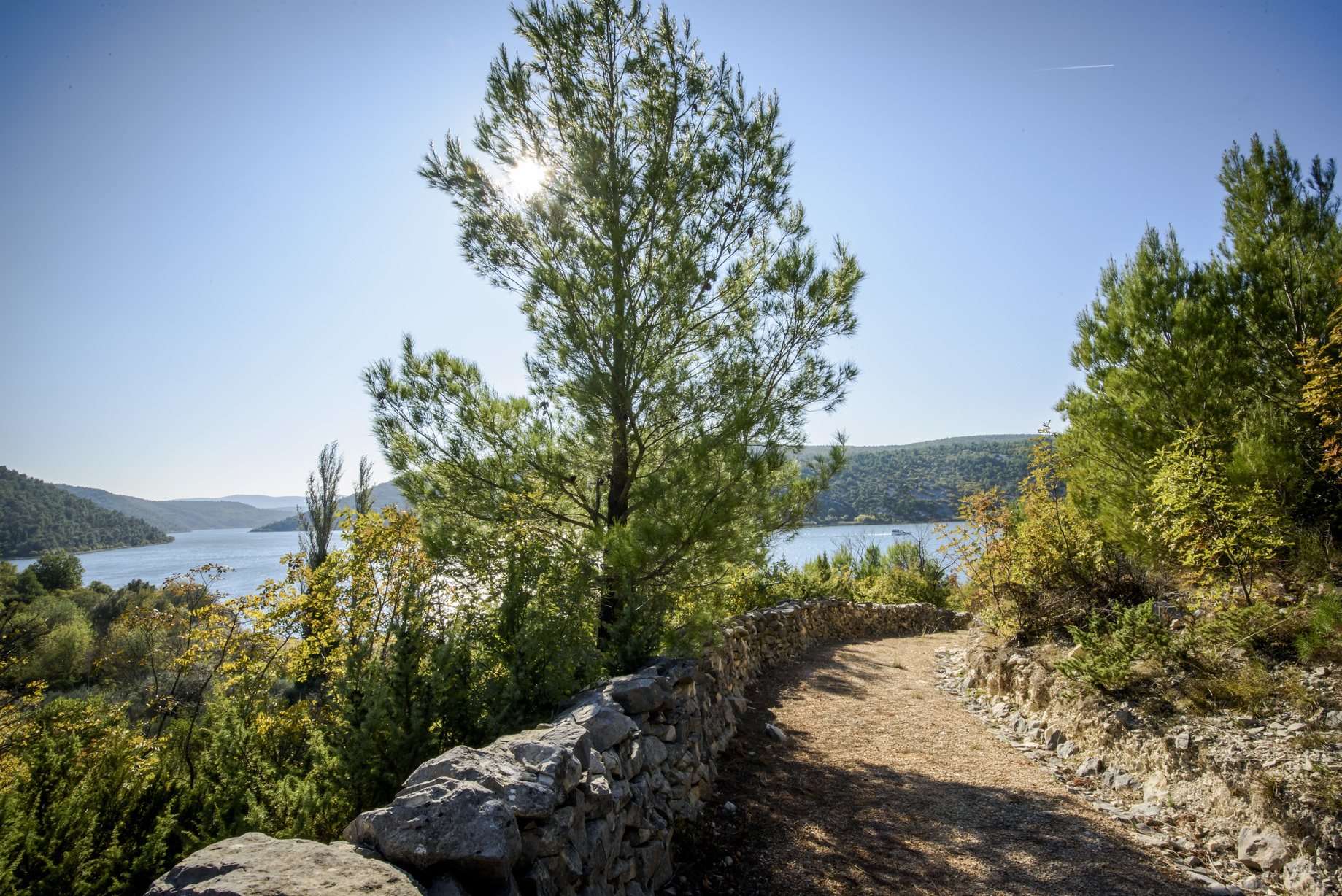 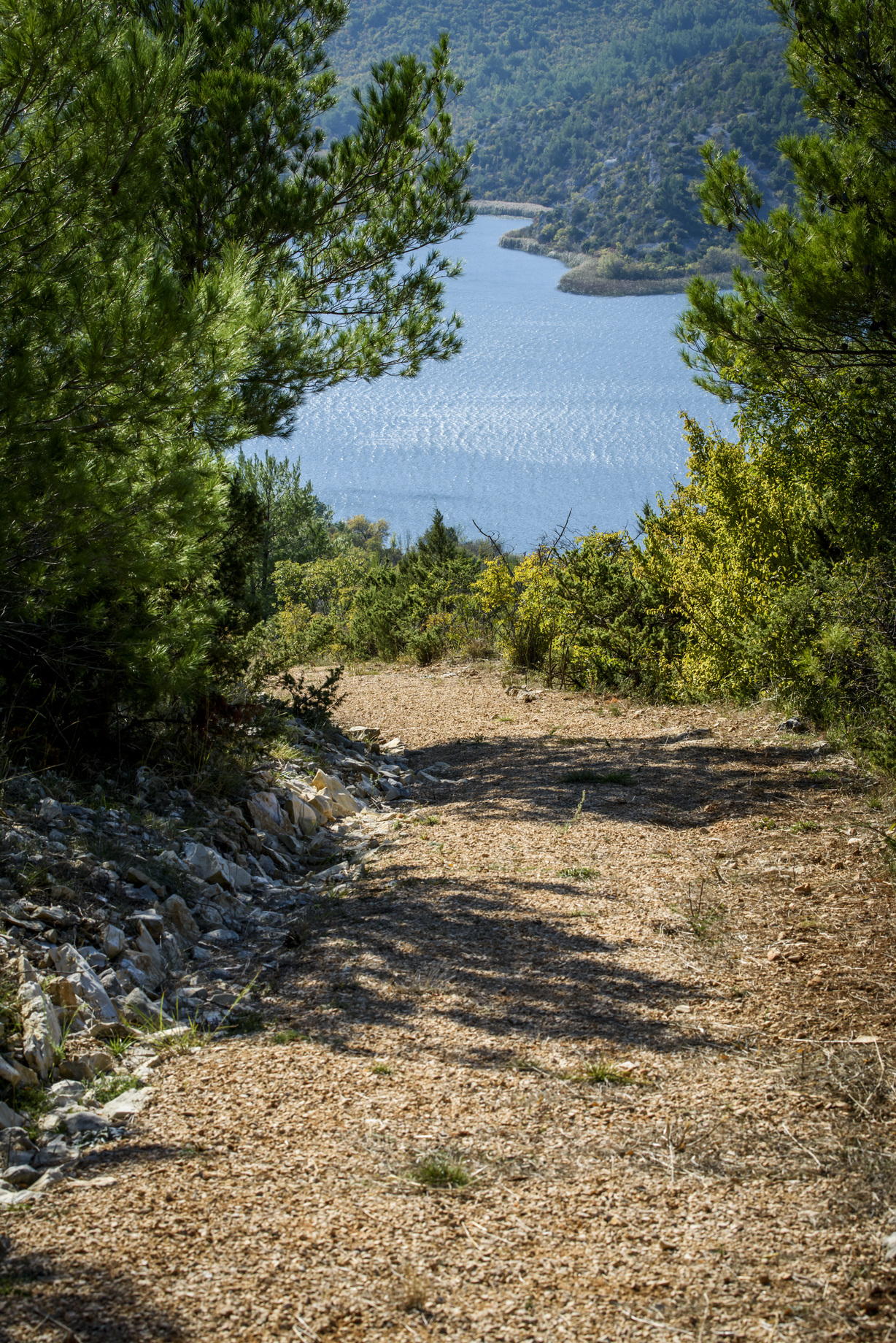 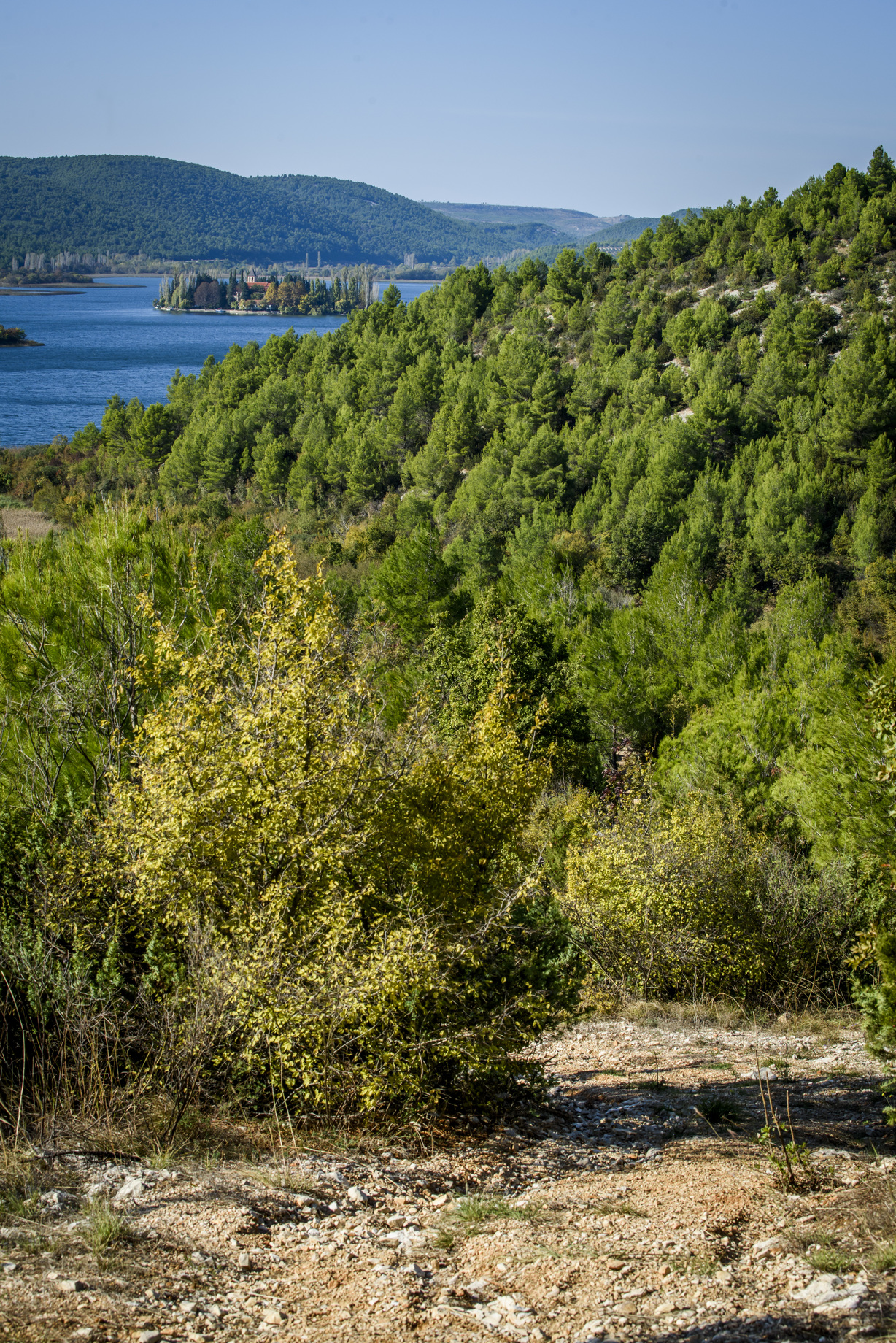 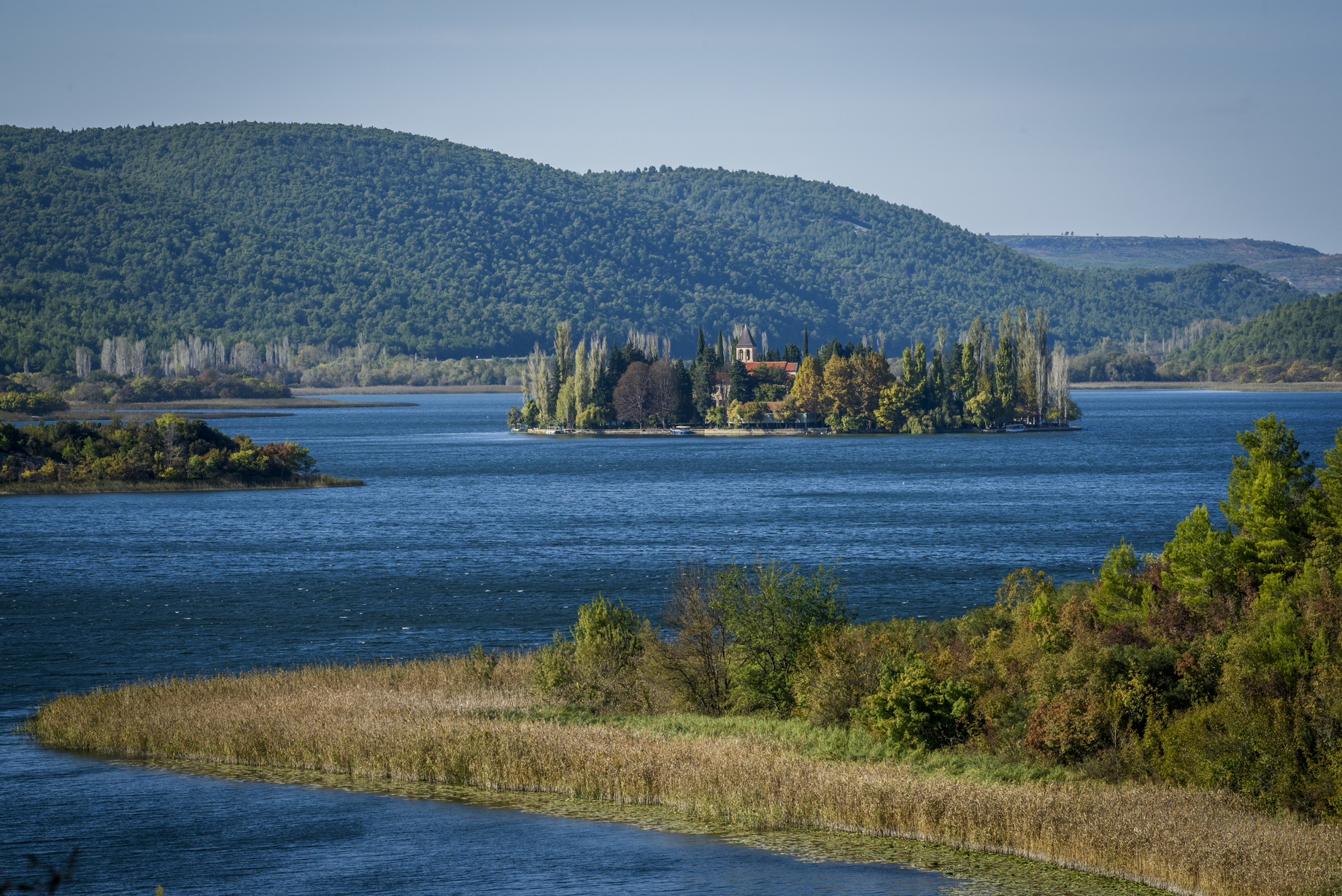 A stone-lined path to the white cliffs of Visovac

Driving through Miljevci, a rocky plateau bounded by the canyons of the Krka and Čikola Rivers and Promina Mountain, where seven villages and forty some hamlets lie scattered, you see only dry soil and rock. If you did not know, it would be difficult to believe that the mighty waters of the Krka River pass through here, which on the western side of this plateau has created one of the greatest natural and cultural-historical features of Croatia.

If you take the path from the small hamlet of Bačići, at its very end you will be awaited by a lake  centered on a small island – once called White Rocks (Lapis albus) – surrounded by tall poplars. It holds a small church and a monastery, surrounded by an aromatic Mediterranean garden. Visovac is an island of peace and prayer, a centuries old destination for pilgrims throughout the world. Both sacral buildings are dedicated to Our Lady of Visovac, whose image, according to legend, the Franciscans brought when they arrived on the island in 1445. It is guarded by the ferman or protective decree of Sultan Mehmed IV, from the 17th century, which guarantees the safety of Visovac, and the sword of Vuk Mandušić, a popular hero who became famous in battles against the Turks. The monastery collections also contain numerous valuable objects, incunabula, and art works. In a decree from the 16th century, Pope Innocent XI granted forgiveness to all who request it of him at Visovac on the 2nd of August, when Catholics celebrate Our Lady of the Angels.

Just as Visovac was built on a base of white rocks, so too is the path that leads to it bordered by dry-stone walls, which are made using a traditional craftsmanship of building in harmony with nature, without any mortar, which were entered on UNESCO’s World Heritage representative list of the non-material heritage of mankind on November 28, 2018.

When someone wanted to fence off his piece of land, međe (stone boundaries) were created. When he began to work the soil, he built podzide (supporting dry-stone walls) to preserve the fertile soil from erosion. The dug-up stones removed from the field were arranged in a gomile (mound), and to shelter from bad weather, he built circular dry-stone structures in the fields, called bunje (or “ćemere”, as some still call these huts). These stone structures represent a symbol of the centuries long fight by man to control the hard land where he lived. They are symbols of the unbreakable will of the farmer and the land, from whose interrelationship are born rare treasures, such as the sweet wine and bitter oil, along with the landscape that we admire today.