Due to large production and exports, and insufficient quantities of electricity, the management of the SUFID factory decided to build a new hydroelectric power plant in the upper course of the Krka at the foot of the Manojlovac waterfall. After many years of preparatory work and changes to the concession holders, work on the construction of a new hydroelectric power plant began in 1903, and on December 12, 1906, the power plant received an operating permit. It entered regular stable operation in early 1907. The water from Brljan Lake was brought to the power plant through a 1588 m long tunnel, with a water drop of 107.3 m, and the available amount was 16 m3/s. Four turbines with a capacity of 24,000 hp and a voltage of 30,000 V were installed. The power plant was connected to the factory in Šibenik by a 34.5 km long transmission line. The total investment in this power plant and transmission line amounted to 6,820,000 Austrian gold crowns, with a concession duration contract of forty years. 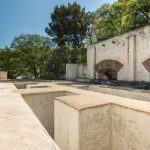 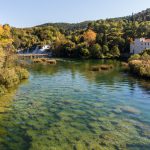 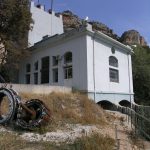 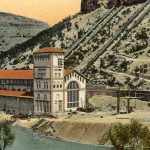