Oziđana pećina is a cave site of extraordinary natural and cultural value. Located at the very top of the canyon above the Roški slap waterfall, it contained valuable traces of the religious rituals of people in the Stone Age.

The prehistoric site of Oziđana pećina cave is located on the left bank of the Krka River in the area of Bogatići Miljevački. It is located at the top of the canyon above the Roški slap waterfall at a height above sea level of 220 m. The cave with its archaeological collection presented in situ is the last stop on the educational path Stinice – Roški slap waterfall – Oziđana pećina cave. The opening to the cave faces southwest, offering a view of the deep canyon of the river, where the beauty is emphasized of the numerous small cascades creating the so-called Necklaces.

Oziđana pećina cave is a geological structure of medium size and simple morphology. It is tunnel-like in shape, with two “chimneys” in the rear section. It was formed from conglomerate deposits. The entrance to the cave is visible from the opposite side of the river, and its name (Walled Cave) came from the dry-stone wall at its entrance above the steep cliff. 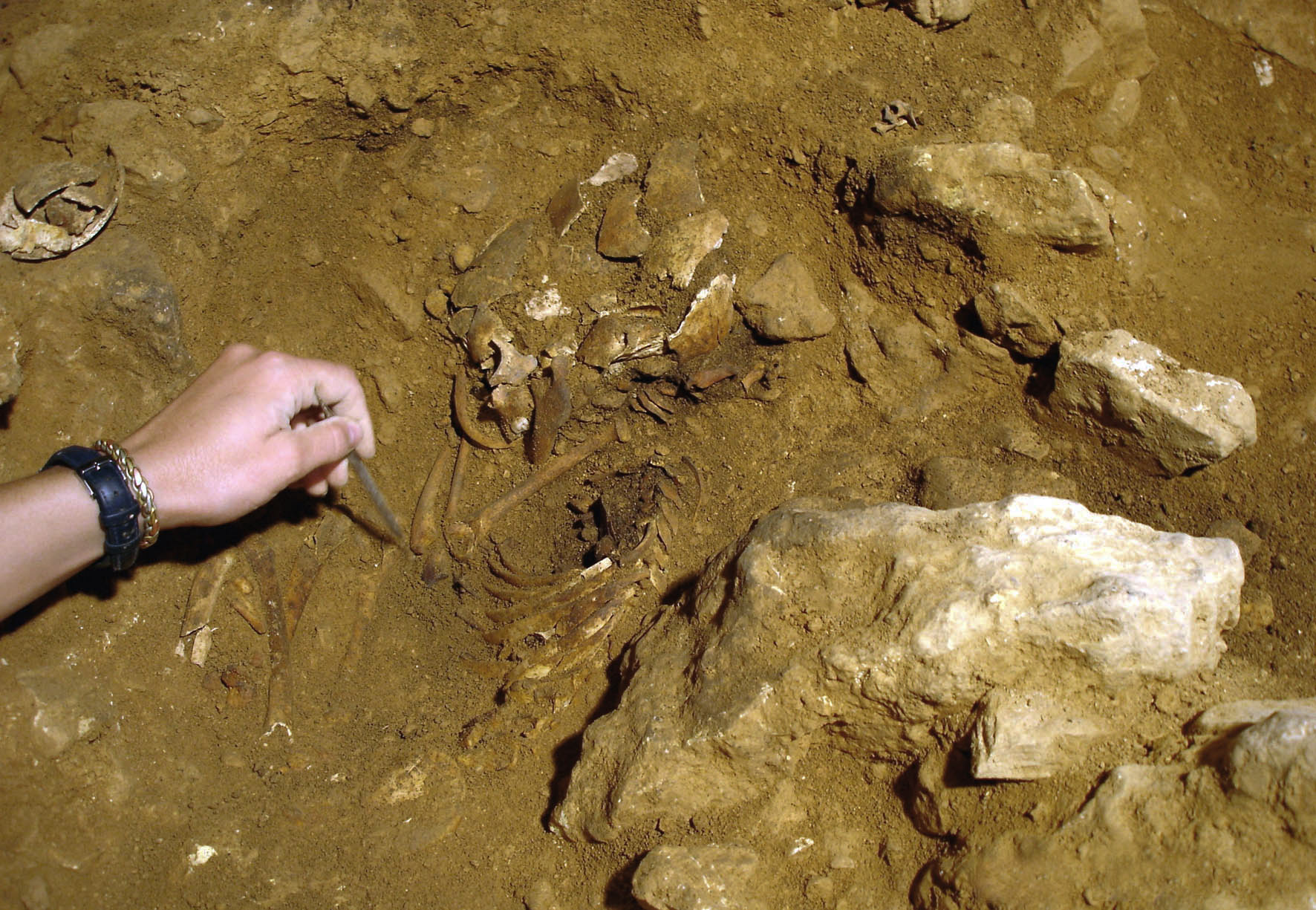 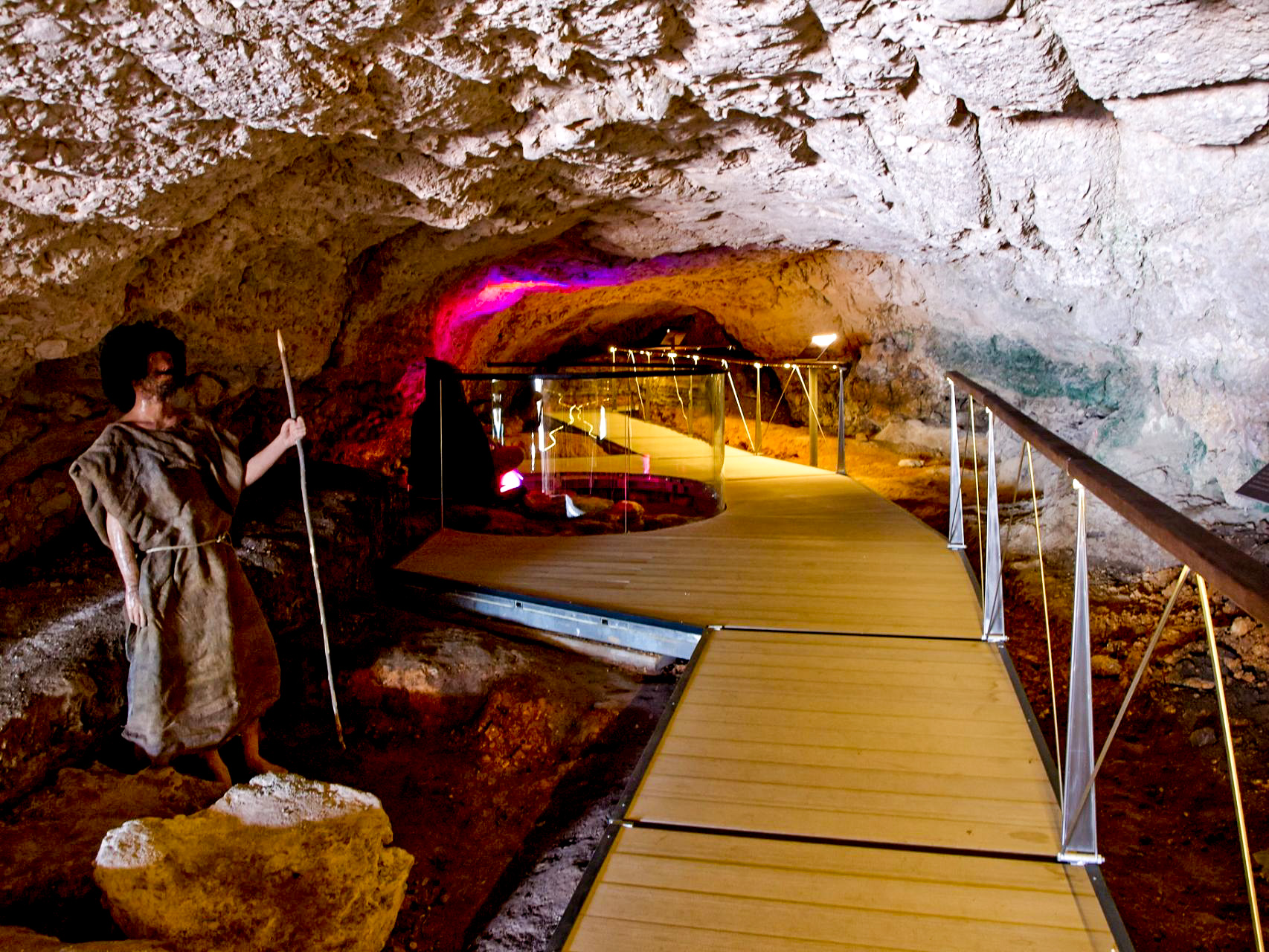 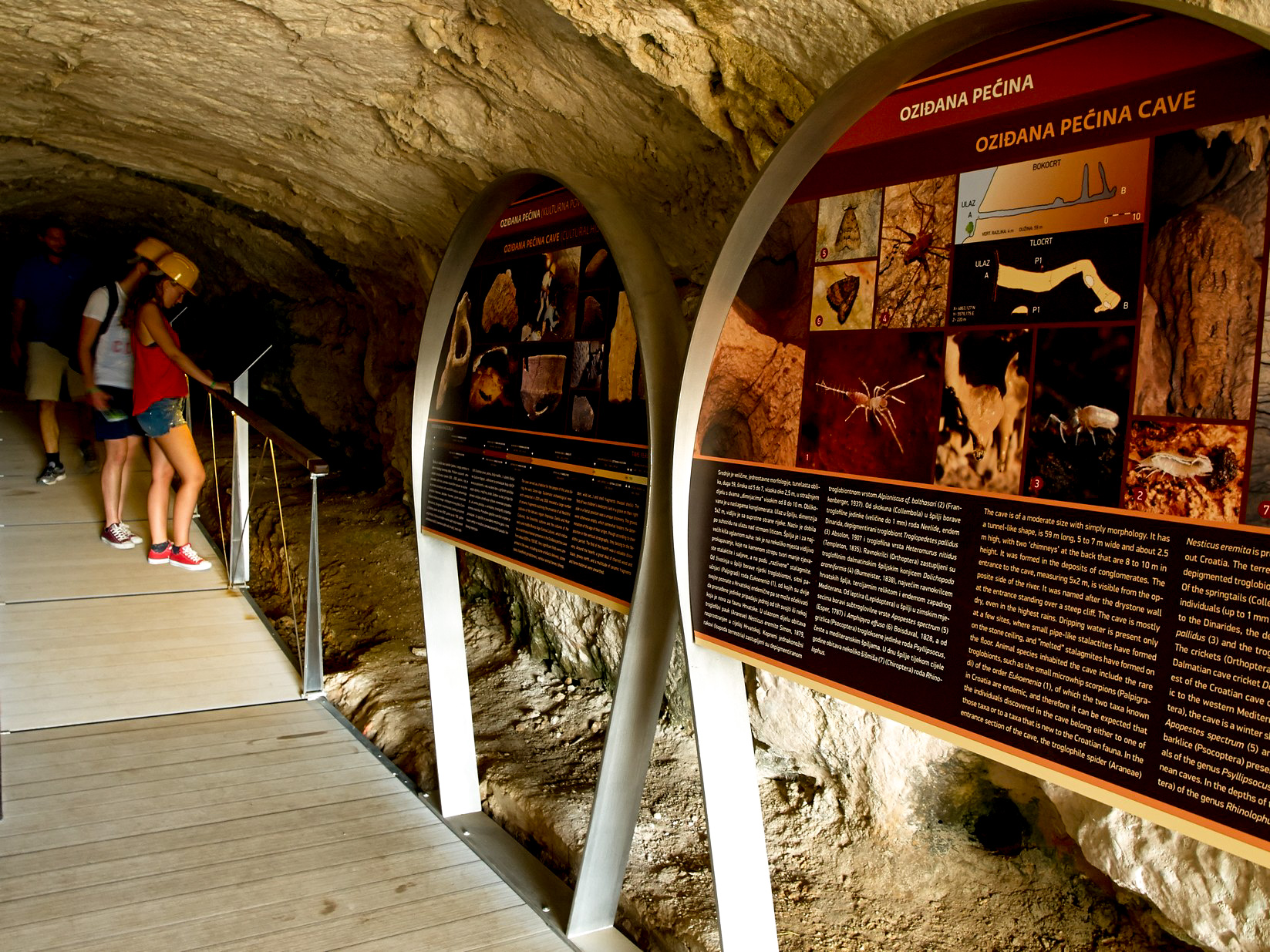 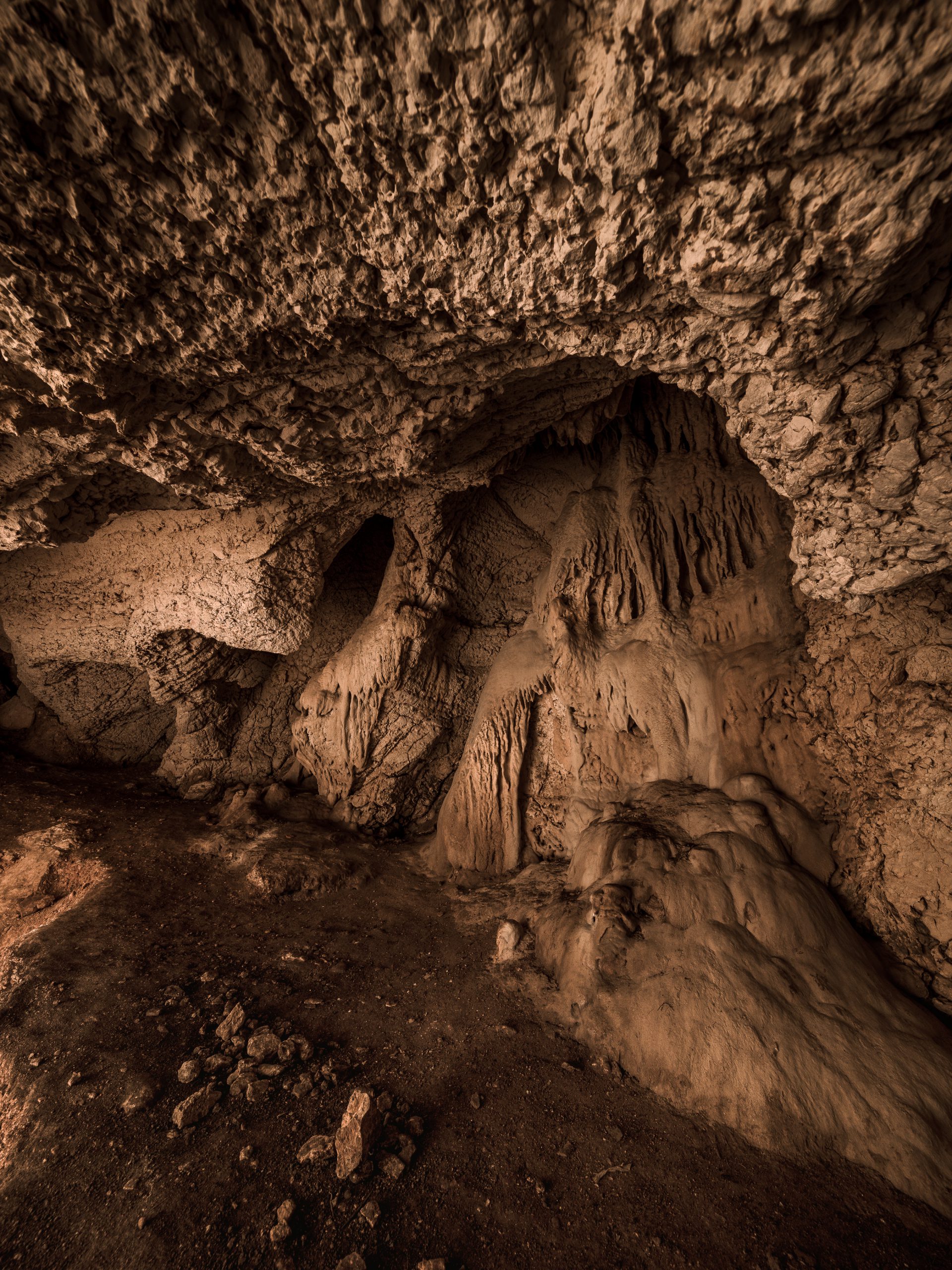 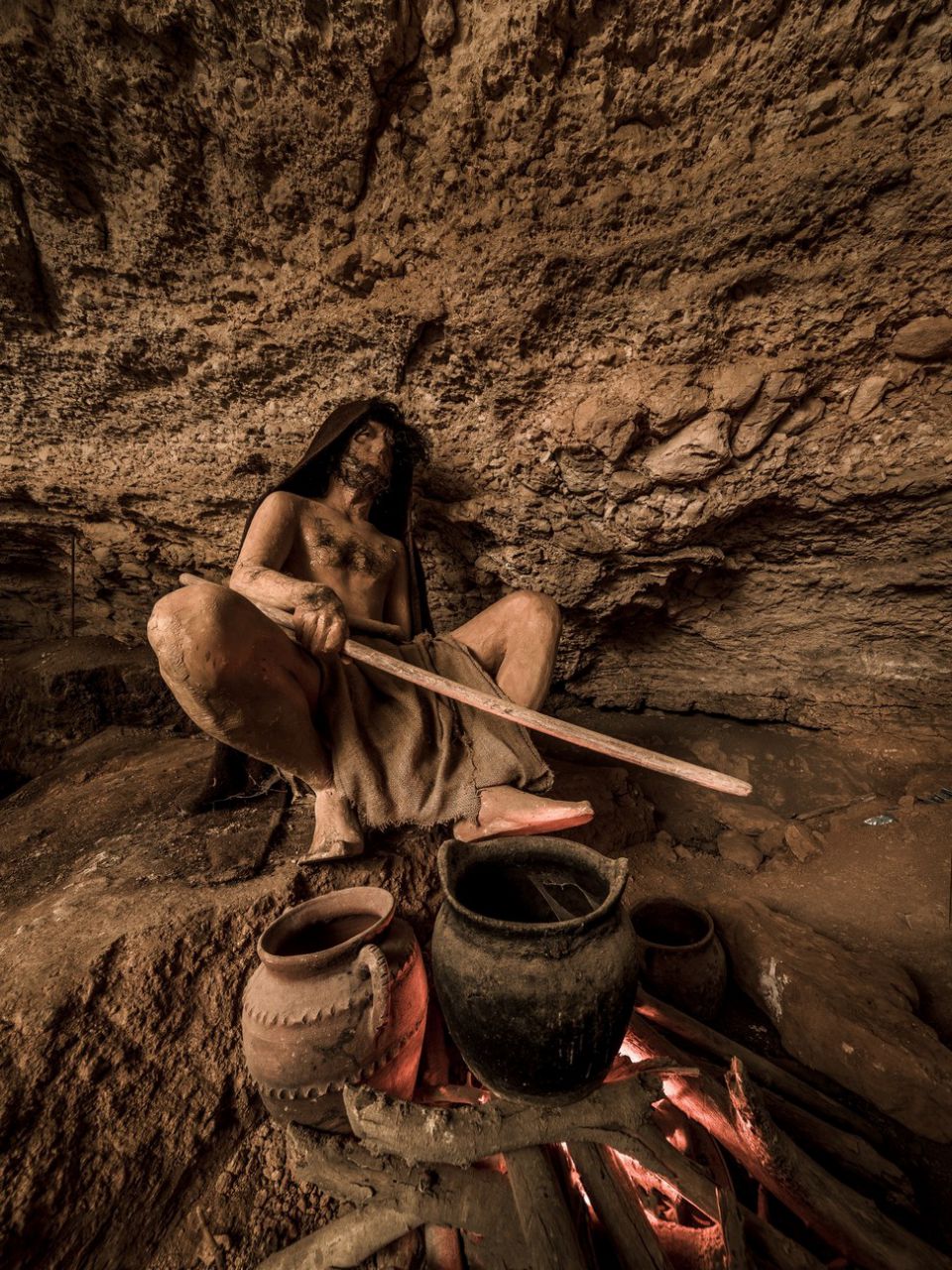 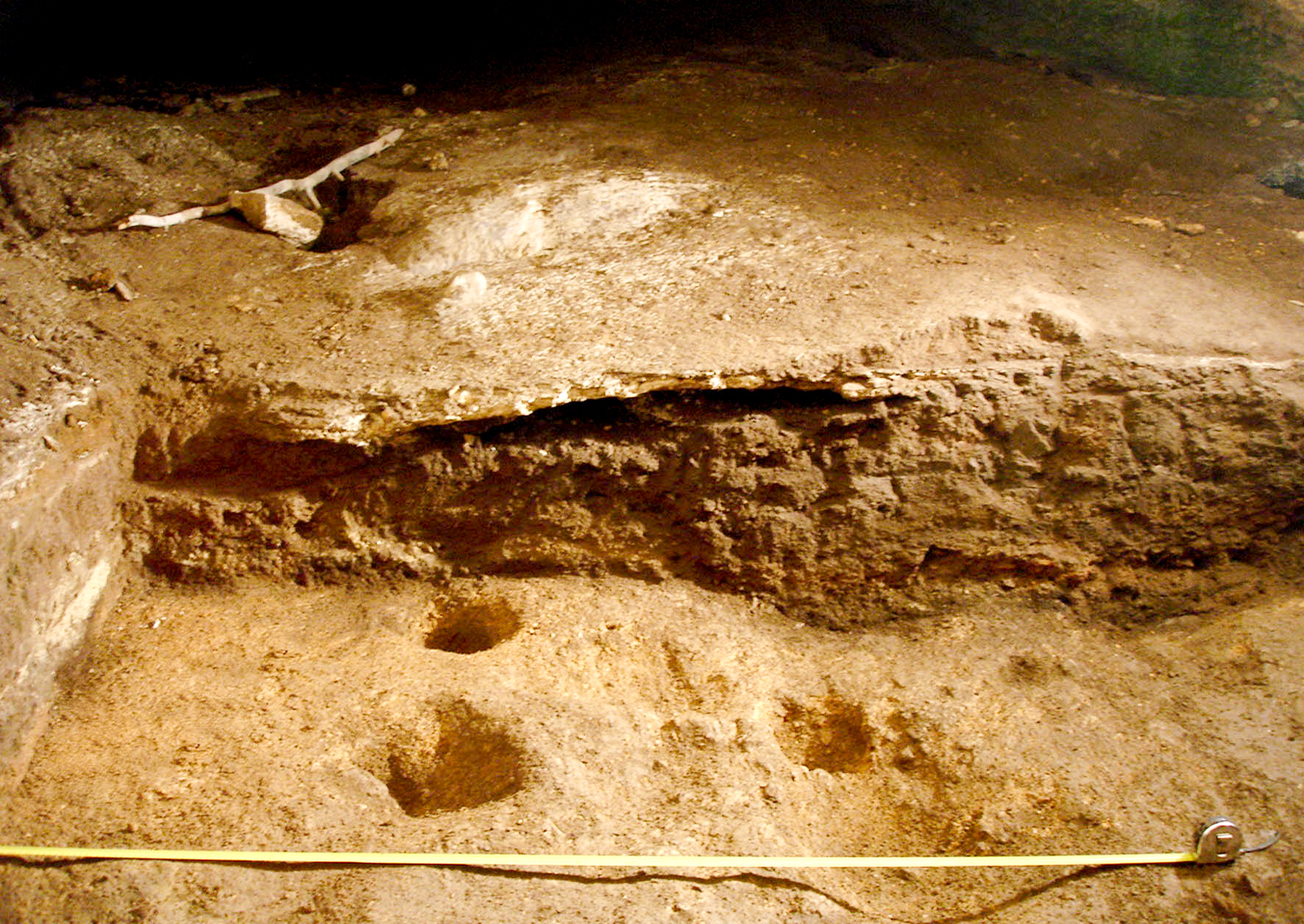 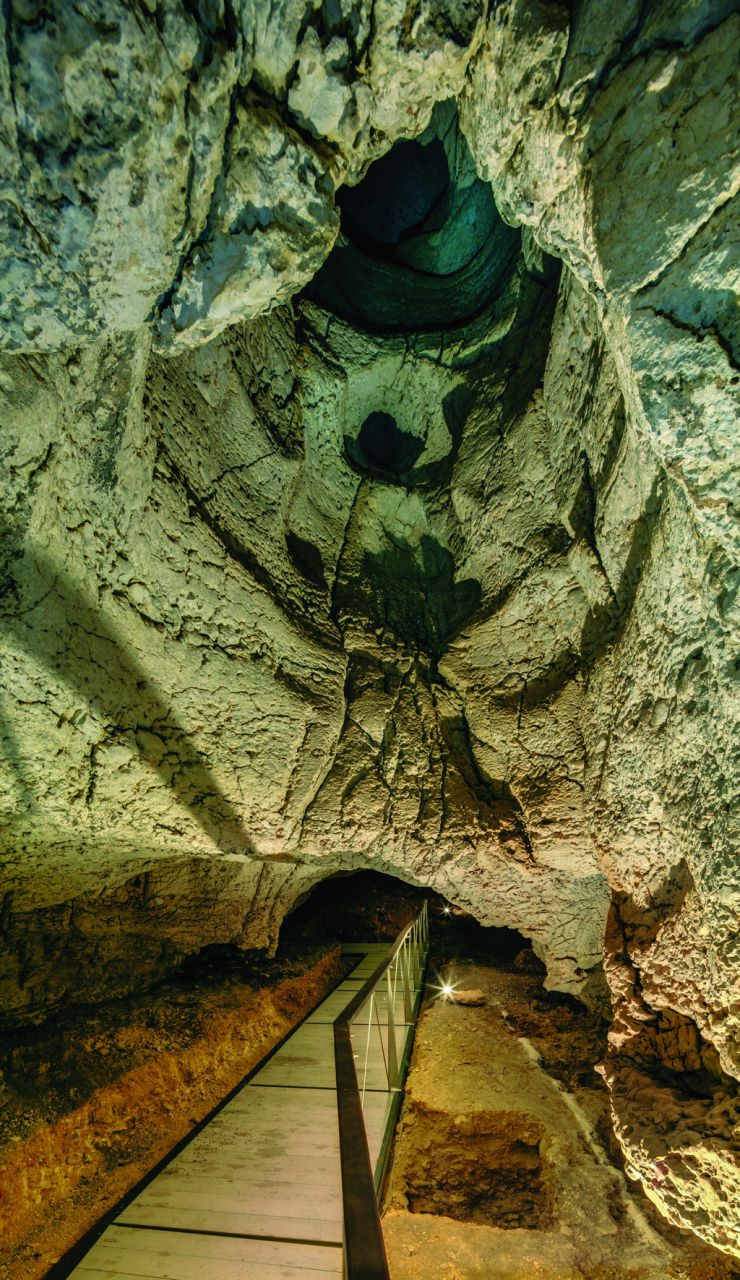 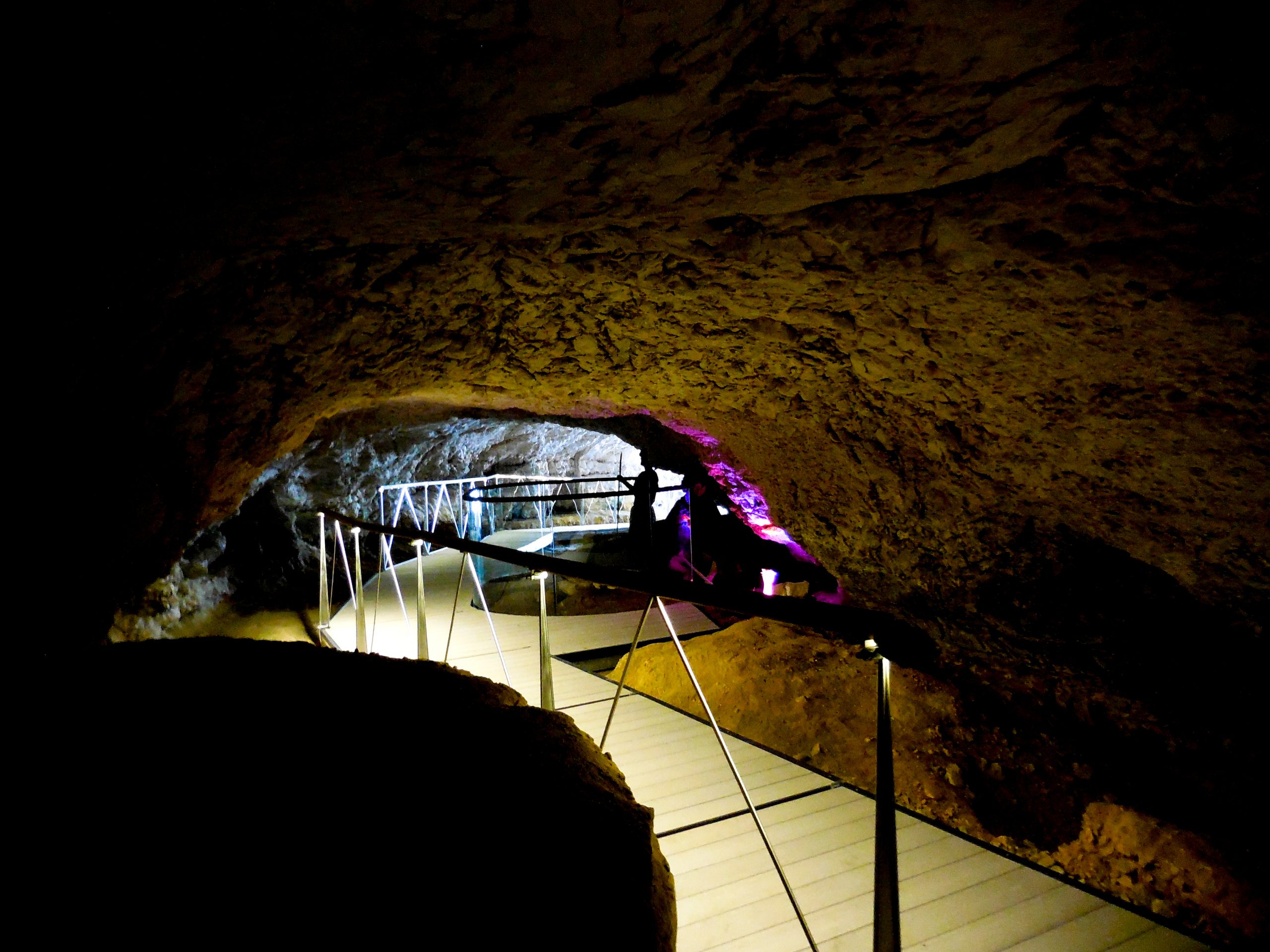 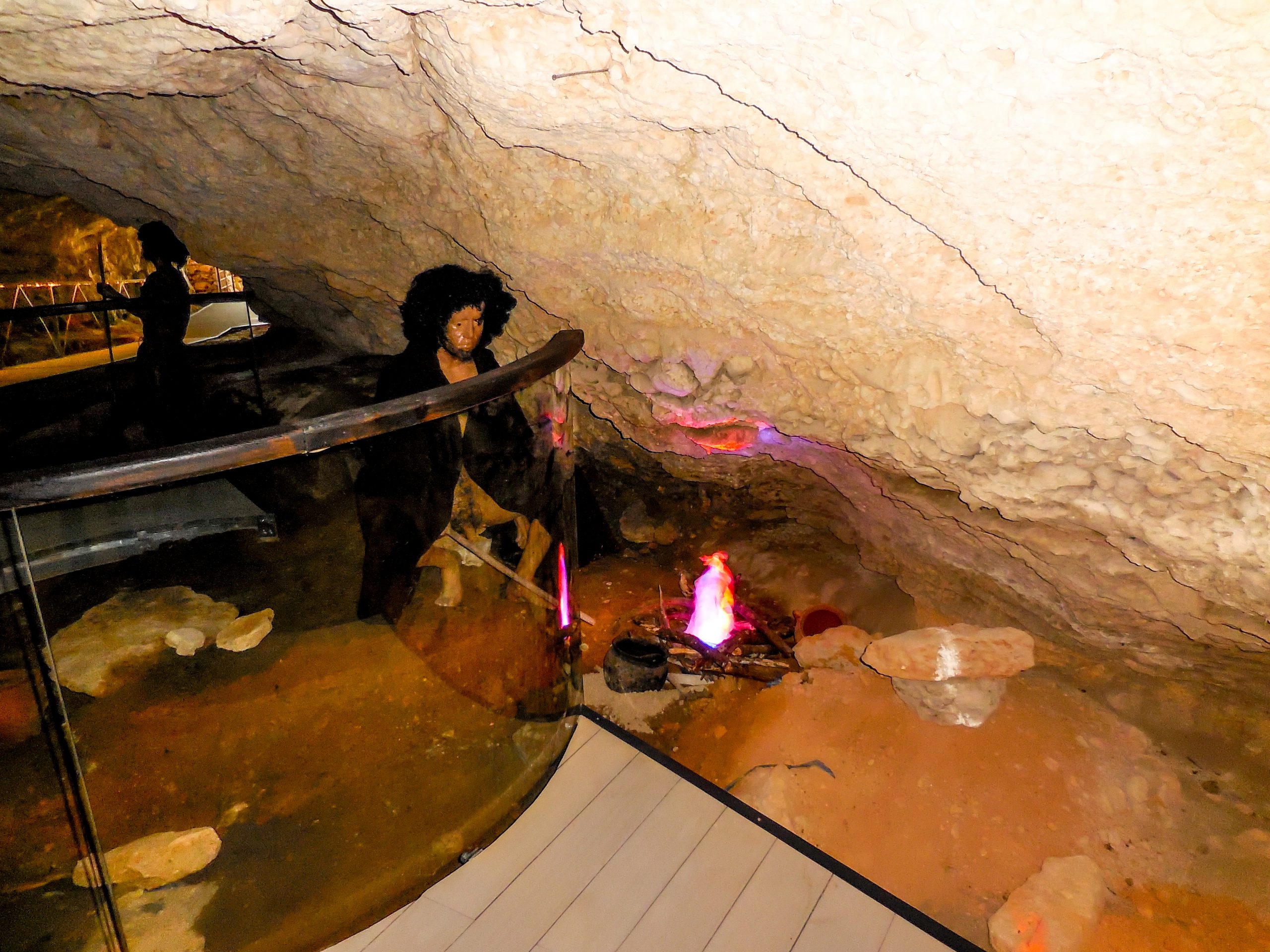 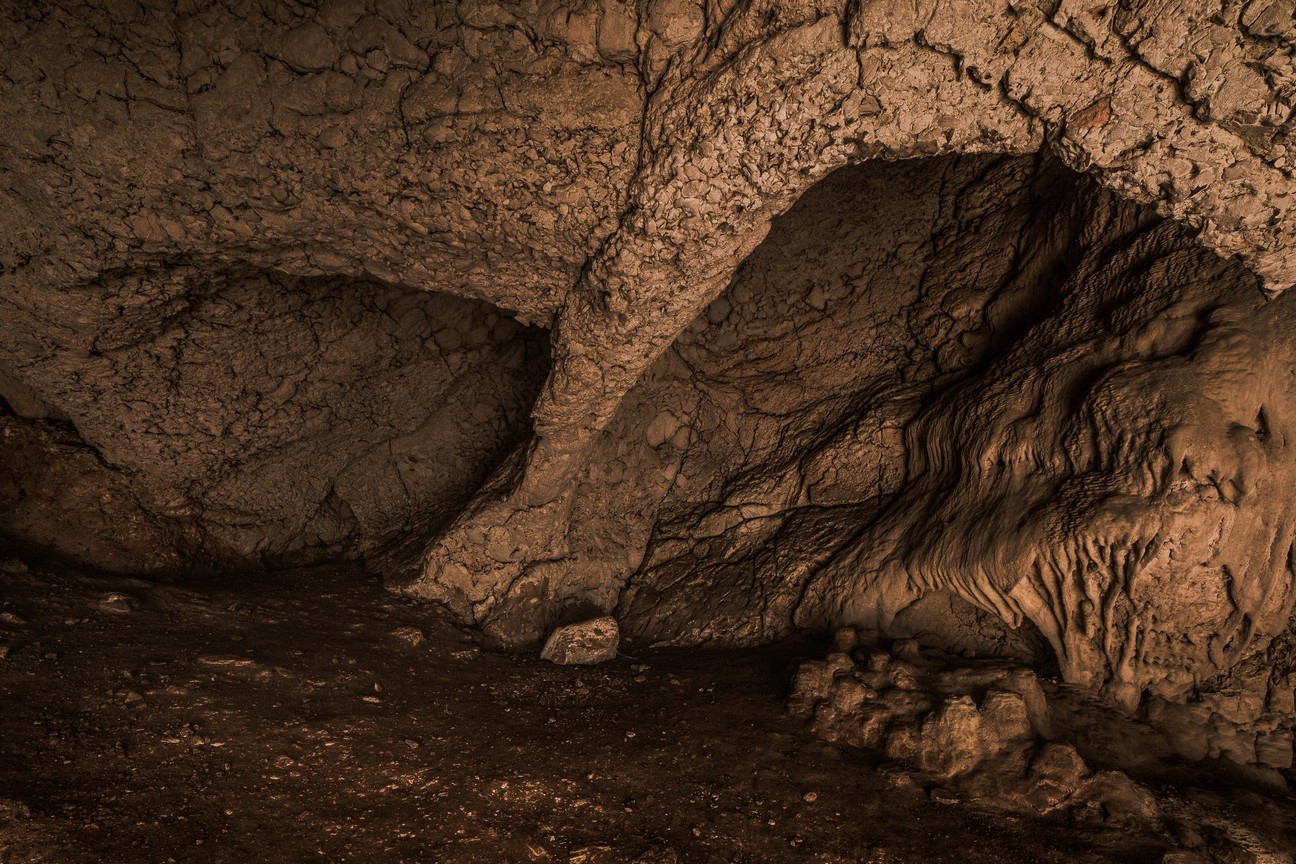 The archaeological finds discovered in the cave testify to human presence in Oziđana pećina cave from the period of the earlier Neolithic, ca. 6000 BC, continuing to sometime around 1500 BC. A hearth was discovered in the central part of the cave – the symbol of home from times immemorial and certainly the place where the most important daily activities of the prehistoric inhabitants of Oziđana pećina cave would have taken place. Particularly valuable finds were the two child skeletons placed in a grave pit on their right flank, in a contracted (fetal) position, like a child in its mother’s womb. According to their position in the vertical stratigraphy, they would belong to the Neolithic period. Traces of spiritual life in the Stone Age appear very rarely in the eastern Adriatic region, and the above burials represent rare testimony to the existence of a complex religious system among the people of that time. As these were individual burials, and not a cemetery, clearly these were burials with a special symbolism. Child burials within settlements have been noted throughout the Mediterranean and the Near East, and they are considered part of a religious ritual that was meant to protect the settlement or lead to its prosperity. Hence such burials are associated with a “cult of the dead”, as well as a fertility cult, which was closely connected to agriculture and animal husbandry, those branches of the economy that were essential for human existence in prehistory.